The Bold and the Beautiful Spoilers: Lope Dead & Buried – Will Thomas and Hope a Good Couple? 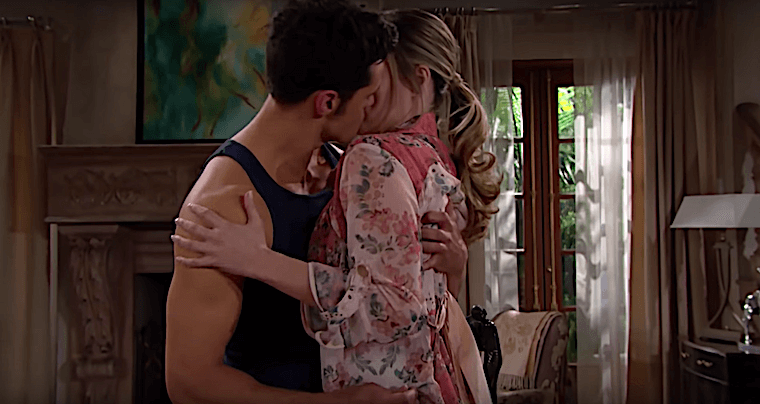 The Bold and the Beautiful (B&B) spoilers says that Steffy returns home from Paris to shocking news from Liam; Ridge give advice to Thomas; Brooke comforts Hope as they share news about their futures.

The Bold and the Beautiful Spoilers: Lope Dead & Buried – Will Thomas and Hope a Good Couple?

At Steffy house – Steffy Forrester (Jacqueline MacInns Wood) came back from Paris. Liam Spencer (Scott Clifton) is there playing with the girls. Steffy insists that he can go home, but Liam wants to stay. Steffy feels something’s going wrong and Liam admits that there’s something big on his mind.

Steffy wants to know what’s going on. Liam finally explains that Hope Logan (Annika Noelle) took a different direction, one away from their marriage. Steffy thought that maybe Hope would change her mind while she was away, but things went in the opposite direction.

Liam doesn’t want to gave up their marriage, but the more he’s trying to convince Hope the more she’s tormenting herself. Maybe Hope was right when she said that love’s not enough of a foundation to build a family. Steffy never wants to see their marriage going apart. She thought they will be together forever.

Liam’s happy that Steffy and the girls are back home, he missed them so much. He thinks that maybe Hope’s right when she said to put all the energy into what’s best for the children. When he’s there he feels like he doesn’t want to leave. Steffy welcomes him to come there whenever he needs and wants to, the door’s always open for him. 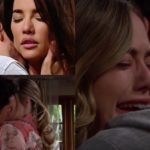 The Bold and the Beautiful Recap: Lope Breakup, Steam Reunion & Hope and Thomas – Who’s For It?

At Forrester Mansion, Brooke’s apartment – Brooke Logan (Katherine Kelly Lang) is alone when her daughter, Hope, walks in to see her. Hope tells her mother that Steffy’s back and Liam’s there for a reunion. Brooke doesn’t understand what kind of reunion. Hope explains to Brooke that she will end her marriage to Liam.

She can’t punish all people around her because of her lost. It’s too much and she can’t continue like this. She refuses to put her own needs and desires ahead of the children.  Brooke doesn’t understand why she feels like that. Liam still loves her and his dream is to be with her.

Brooke tells her that if she does this it will be a terrible mistake. But Hope needs to put Steffy’s daughters and Douglas Forrester (Henry Joseph Samiri) first. It’s the only way she can live with herself and she can make sense of the tragedy of losing Beth.

At Forrester Creation Main office – Thomas Forrester (Matthew Atkinson) and Ridge Forrester (Thorsten Kay) are talking about a new collection that Thomas just brought, and about the fact that Thomas’s waiting for Liam to go to Steffy so he can have Hope for himself.

Thomas says that it’s Hope’s decision to let Liam go to Steffy and he feels like Ridge doesn’t disagree with that. Ridge wonders if Liam goes with Steffy and Hope come with him, will Hope lean on Thomas or what? Thomas should be realistic because Hope loves Liam. 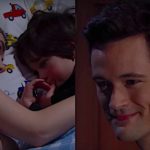 The Bold and the Beautiful Recap Tuesday: Thomas’ Fake Caroline Letter All But Seals Deal For Hope & Liam, Lope Terminated

The problem is that Hope is feeling like a thief for keeping Liam away from his girls. She will never have any kids. For Hope, being the mother of someone’s else kid is not the answer, but Thomas refuses to see that. Thomas’s looking at the world in a very old and traditional way, Ridge thinks. What about fulfillness and the happiness? Ridge doesn’t know if Thomas can give that to Hope.

The Young and the Restless Spoilers: Adam About To Screw Victor & Newman Family, Again!

The Bold and the Beautiful Spoilers: Now That Katie’s Plan Has Worked, What’s Next?

CBS ‘The Bold and the Beautiful’ Rumors: Steffy and Liam Get Intimate –…

CBS ‘The Bold and the Beautiful’ Spoilers: Star Denise Richards Shares An…

CBS ‘The Bold and the Beautiful’ Spoilers Update: Thomas Stops…