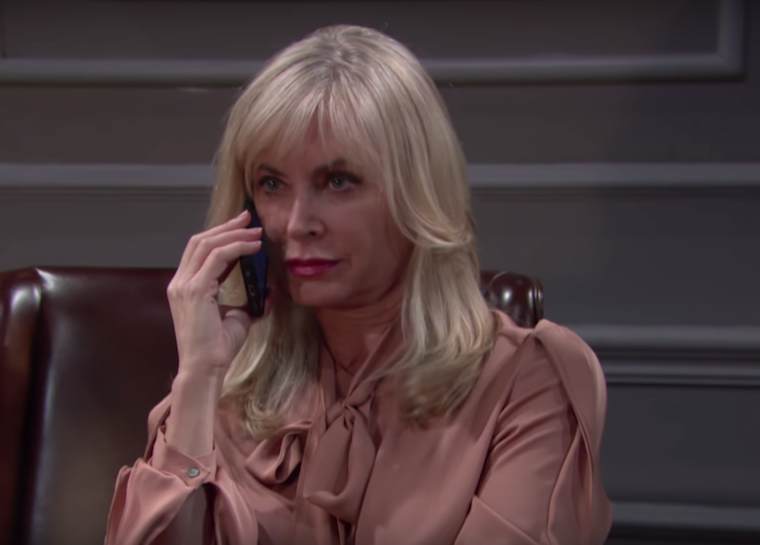 ‘Young and the Restless’ spoilers for the week of Monday, April 15 to Friday, April 19 indicate that we will see so much drama unfolding. The drama will begin with Jack and Ashley. We were very excited to see that Ashley would be back on just a few more episodes and we knew that there would be drama wherever she went. Now we will see just where the two of them stand when it comes to their relationship and the way that they want Jabot to run. They both want to take over as the CEO of Jabot and they also want to prove to one another who was loved more by their father, John. We all know that they have always had some family drama, but now it is about to really unfold.

The Young and the Restless spoilers indicate that we all know that Jack is the only son of the family, but we also know that John loved Ashley more than anything in the world. This is the week that it will all start to unravel and we will really see what happens next. Will the Jabot name be under Ashley’s control or will Jack take it from her? If she does become the CEO, does that mean that she will be on the show even more? Fans of Ashley can only hope that she will stay on the show for a few more episodes, but only time will tell on this one.

Other Y&R spoilers relate that there is even more happening with Victoria this week. Will she respond positively to Billy’s proposal? She is starting to think that his control issues are getting out of hand. We also think that she will tell Nikki about seeing Victor playing poker in Las Vegas! We hope that Victoria and Nikki will finally get to the bottom of this! We also think that when the two of them start to put the pieces together, they may get to see Adam again. Could this mean that he is back in both of their lives now?

Tune in next week to see just how these stories unfold and to see just what else happens with Jack and Ashley. We really hope that she takes over Jabot so we can start to see even more of her!

The Young and the Restless Spoilers: Phyllis Injects Summer With Venom, Paints Huge Target On Lola’s Back