General Hospital Spoilers: No Miracles In Port Charles For Oscar, Night On Bridge With Joss Is His Last Outing – Teen Dies At Quartermaine Mansion In Major Tearjerker Moment 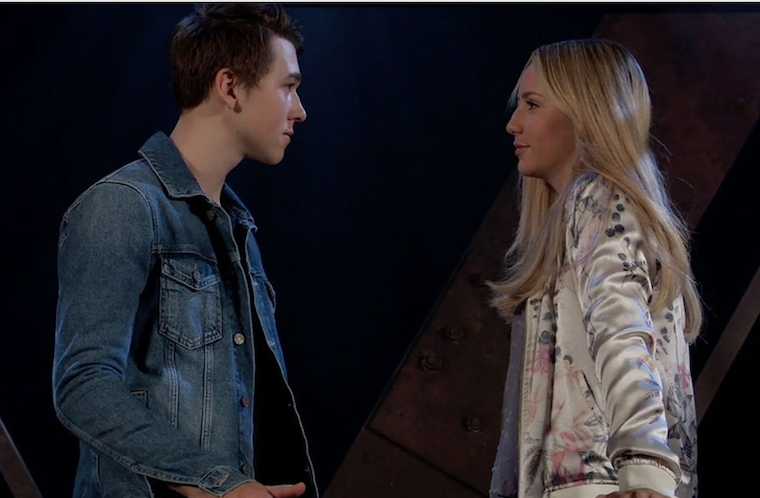 General Hospital Spoilers relate there will be no miracle for our beloved little Oscar on GH, after his collapse on the bridge, the doctors are preparing Kim, Drew, annd Josslyn for the fact that his time is coming soon. If he does wake up, he won’t be the same Oscar as he was before, which is just heartbreaking considering his last scene with Josslyn. Of course, it could be worse, it could be that he didn’t wake up at all and didn’t get to say goodbye to his friends and family and had to die in a hospital—none of which he actually wanted. It looks like Oscar will get to die at the Quartermaine mansion but the night on the bridge with Josslyn will probably be the last outing he will ever take under his own power. Get your tissues ready! Oscar’s exit is going to be a tearjerker.

General Hospital Spoilers: No Miracles In Port Charles For Oscar, Night On Bridge With Joss Is His Last Outing – Teen Dies At Quartermaine Mansion In Major Tearjerker Moment

Should GH have saved Oscar?
Created with QuizMaker

Meanwhile, Peter and Chet have a conversation about the love life of one Maxie Jones. enChet speculates that Maxie may be ready to put herself back on the market. Peter’s been laying the groundwork for a relationship with Maxie for awhile now, so he won’t like the idea of having a romantic rival, even if he does respect Maxie’s ultimate decision and backs off while she pursues other interests. Speaking of Maxie, this is a girl that doesn’t know what she wants! Anna will ask her what’s going on between her and Peter, but Maxie can’t realistically tell her when she doesn’t know herself. So Anna will work this equation from another angle—Peter.

Anna is going to be in for a surprise of her own! Dr. Hamilton Finn will be gearing up to pop the question. But, don’t expect that proposal to go off without a hitch. After all, her ex warned him that Anna would try to push him away and that hasn’t happened yet, so look for Anna’s signature move in the next upcoming episodes. Finn says he’s ready for whatever life can throw at him and Anna, well, be prepared buddy, you’re in for a wild ride!

As we all remember after Willow decided to resign, she gave Nina a reading she would never forget. She told her she was a bad Stepmother and was the reason little Charlotte had all kinds of problems in school. Nina hasn’t forgotten this little slight and will use this opportunity to wreak some vengeance upon the poor unsuspecting teacher. When she finds out that Willow is not resigning voluntarily, she and Valentin head to the school to demand they fire her instead. Willow will be able to smooth things over with the administration, but it may take her apologizing to get things done. Yeowch!

Other GH spoilers relate that Kevin will have to let Lucy down easy and let her know that he’s still in love with Laura. She offered to let him stay at her place but that could be dangerous territory if he wants to keep his marriage to Laura alive. Lucy will probably be a bit blue over this revelation, but maybe not for too long. After all, it’s Lucy we’re talking about and she can be pretty relentless. 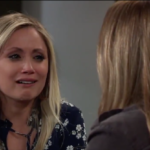 Laura suggests that Lulu leave Port Charles for awhile but she declines because both she and her Mom have been through the ringer and she feels that it would be better to stay within close range of Mom than not. She may take a weekend away, but that would be about it at this point. Lulu’s here to stay.

Ava has another episode of ranting and raving about Ryan while Julian is at her penthouse and he has to try and calm her down, which as you can guess is an unenviable task. Jordan will relay some news about Ryan from the Canadian Mounted Police about Ryan being found, but don’t hold your breath on that one! Even with the best of evidence, Ryan could still very well pop up, after all, it seems evil doesn’t die. Stay tuned!!!

The Bold and the Beautiful Spoilers: Brooke and Taylor Rivalry Heating Up To Boiling Up Point, But Does Anybody Want To See It Rehashed? Vote In Our Poll Now!