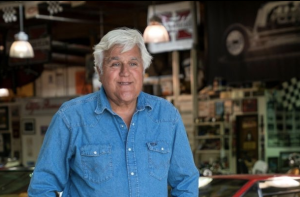 Jay Leno was taken to hospital after suffering from extensive facial burns as a result of his car being on fire.

According to reports, the former talk show host was taken to hospital on Sunday, 13th November 2022. And as part of that process, it is alleged that one of his vehicles in his garage somehow caught fire. As a result, that left Leno suffering some burns on the left side of the face which required medical treatment.

Thereafter, he was apparently taken to Grossman Burn Center, Los Angeles. A source told TMZ the following: “The flames burned the left side of Jay’s face, but thankfully did not penetrate his eye or his ear.”

Leno had been on course to make an appearance in Vegas on Sunday for the Financial Brand Forum 2022. The event is known for being one of the biggest conferences on marketing and analytics.

With that being said, Leno was forced to back out shortly before he was due on, as shown through an email that had been sent to them. And yet, there was nothing revealing except for the fact that there was an emergency which is why Leno could not come.

The following comments confirmed as much: “His family was not able to provide us very many details, but there was a very serious medical emergency that is preventing Jay from traveling.”

The fans on social media were concerned by the revelation. A certain subset of people were hopeful that Leno would manage to make it out in one piece. After all, people were hoping to avoid further turmoil in what had already been a very tough year globally.

One person wrote: “Hope he pulls through, this year has been too much already.” Leno may have suffered injuries, but thankfully, he was still alive to make it to the hospital in one piece. Time will tell how he fares moving forward.