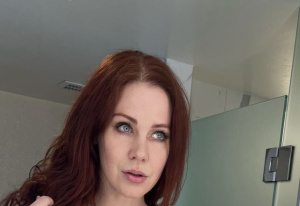 The star joined the show at a very young age when she played the character of Jessica Forrester when she was just 16. During the course of the process, Neal played the show’s hunk Dylan Shaw when he was 24. And as they had engaged in a romance on-screen, it seems that there were things brewing in the background.

In her comments, Maitland said: “I thought it was like, ‘Oh, he really likes me, he thinks I’m so great.’ He was very much a pull-and-push kind of person. He would lure me in and we’d do fun things together and then he would push me away and be like, ‘What are you doing? Why are you like this?”

But looking back, Maitland felt it was more than just a good friendship. She compared it to a case of grooming without anything becoming sexual. And yet, Maitland felt that Dylan’s demeanour came across as inappropriate now that some time has passed.

This was on the basis that Dylan apparently wanted to guide her career, while also not being happy with Maitland if she ever did something he did not approve of.

Her following comments confirmed a much: “Looking back now, it was kind of a grooming situation. And not necessarily for him to ever, like, actually have sex with me or anything — but to do things to lead me on and become very attached to him and only him.”

The fans on social media felt that perhaps something inappropriate could have happened on any other given day. One person wrote: “Just a thought…maybe he was fighting the urge to have sex with an minor.”

With Dylan yet to respond, fans have been left none the wiser. So there you have it folks. What did you think about this? Let us know your thoughts in the comments section below.