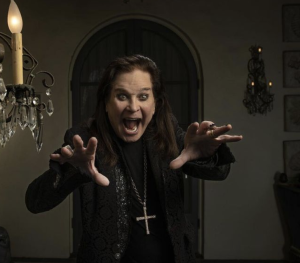 Ozzy Osbourne has given fans a positive update on his health following a serious operation.

The star has had numerous health issues with his neck following his quad bike accident in 2003. And things had gotten worse when he hurt his back in 2019 following a fall. Just when you thought things were bad enough, he had allegedly been diagnosed with Parkinson’s disease in the same year.

Subsequently, an operation was required in order to rectify his condition. And by the looks of it, things have gotten better. In an interview with “Good Morning America”, Ozzy said: “Since I’ve had the surgery, I’ve improved quite considerably.

“These metal plates were working their way out. The debris was rubbing on his spinal cord. He would literally be crying in pain some days.” And the proof has been in the pudding. Ozzy managed to return to the stage as he performed last month at the 2022 Commonwealth Games, England.

This was a historic moment since it was the first time that he had hit the stage since his operation. Although he has come a long way, Ozzy admitted that there are still issues with his mobility that need resolving.

Ozzy’s following comments confirmed as much: “I have to negotiate everywhere I want to go, and I tire easily, but I’m well. My family have been absolutely wonderful while I’ve been laid up.”

But by having a strong support network in place, as demonstrated by his wife Sharon Osbourne, he is in a better position to navigate the struggles that may come his way. After all, they have been married for around 3 decades. And that has been crucial to Ozzy who revealed that he may not have made it had she not been there.

He continued: “Without my Sharon, I’d be f–king gone.” It is great to see Ozzy in a much better place and long may that continue. So there you have it folks. What did you think about this? Let us know your thoughts in the comments section below.