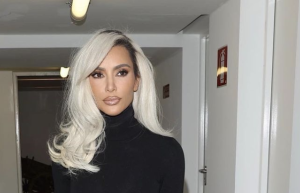 Kim Kardashian has made it very clear that she has no intention of dating following her split from Pete Davidson.

The duo decided to go their separate ways after dating for around 9 months. During the course of that process, they had to navigate many hurdles including Kim’s ex Kanye West’s constant social media attacks against the comedian.

And that break up merely summed up the fragile nature of Kim’s love life, as it showed she was not able to hold down a stable relationship. She has had three failed marriages in the process, something which may now have taken its toll, as she let people know she does not want to date.

In her comments, she said: “Absolutely no one.” Nevertheless, those comments have to be read in light of the following. First of all, Kim is likely to have a lot of suitors. After all, she is a billionaire which may attract people from the world of showbiz.

Secondly, she recently hinted that she had a poor choice of men. As such, it may be that she wants a different type of man, as opposed to ruling them out together. In her prior comments at the time, she stated: “[I could see myself dating a] scientist, neuroscientist, biochemist, doctor [or] attorney.”

Regardless of what Kim decides to do, she has plenty of things to keep herself occupied. She has four children and many business ventures in the process. And the fans on social media had a lot to say about the matter.

A certain subset of people agreed with Kim’s comments, as they felt she had to work on herself. One person wrote: “She definitely just needs to concentrate on herself, kids and businesses.”

When it comes to the Kardashians, people should not rule anything out. With that being said, watch this space.  So there you have it folks. What did you think about this? Let us know your thoughts in the comments section below.