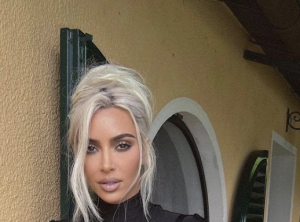 Kim Kardashian seemed to have been snubbed by Vogue Editor-In-Chief Anna Wintour.

This incident emerged during the course of the Fendi Spring show, New York on Friday, 16th September 2022. And as part of that process, Anna did not appear to have any time for Kim. In the video here, we can see that Kim is standing next to none other than Sarah Jessica Parker.

As the show appeared to come to an end, everyone began to clap. That is when Anna made her way towards Kim. And as the Kardashian attempted to speak to her, it appeared that she mouthed, “Hi, how are you?” And yet, Anna proceeded by talking and hugging Sarah instead.

It is not exactly clear if this was intentional on Anna’s part, or simply a case that she did not hear Kim. But in any event, the fans on social media had a lot to say about the matter. The video instantly went viral, and with that, people began to shade the Kardashian.

One person wrote: “It’s hilarious how @kimkardashian tries to lean in to get a hug and then realizes Anna is going to hug SJP first,” while another person stated: “The way KK removes her clutch n phone to be ready for the hi hug n realized it wasn’t meant for her in not the iconic SJP.”

This did appear out of the blue, especially since Kim and Anna are known for being on good terms. The latter has spoken glowingly about the Kardashian in the past by marvelling at how Kim has managed to build such a successful brand which has seen her become a billionaire.

This is particularly since Kim has managed to maintain a level of success for so long with her ever-developing brand. In some prior comments, Anna remarked: “Kim of all of them I feel has possibly changed the most.