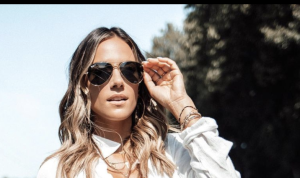 Jana Kramer has shaded Jay Cutler amid claims that she named his beer company but did not get any credit for it.

According to reports, the duo had been romantically connected following Jay’s split from his ex Kristin Cavallari. During the course of the process, it appears that they had a conversation about Jay’s current beer company called ‘Gratis.’

That is when Jana called out Jay on the basis that she was responsible for the name, but did not even receive any credit nor was she told that it had actually been put out in that style. In her comments, she said: “When this person and I were hanging out, I named his beer company. … I named it.

“I have proof. Now, this person also got very angry that he named someone else’s business and wasn’t getting compensated. It’s not uncommon to be upset about that.”

This accusation is the same that Jay had made against Kristin following this plate with suggestions that he wanted half of her company, ‘Uncommon James,’ for the input he had apparently given.

This company had become a source of contention during their divorce, and it appears very hypocritical if Jana is now accusing Jay of doing the same thing that he had been unhappy about.

This begs the question: Will Jana pursue legal action? Well, given what she has already stated, there would be some grounds for her to do so. And yet, this is unlikely to happen. Jana’s following comments confirmed as much: “I have text proof between him and his partner.

“I’m not going to go after money. Like, although, because again, I was in this very brief dating stint with this person.” It is probably just as well, then, that nothing serious happened between Jana and Jay given everything that we now know.

And that is the most important thing to remember. So there you have it folks. What did you think about this? Let us know your thoughts in the comments section below. If you liked reading this article, then check out our other features on the Daily Soap Dish.