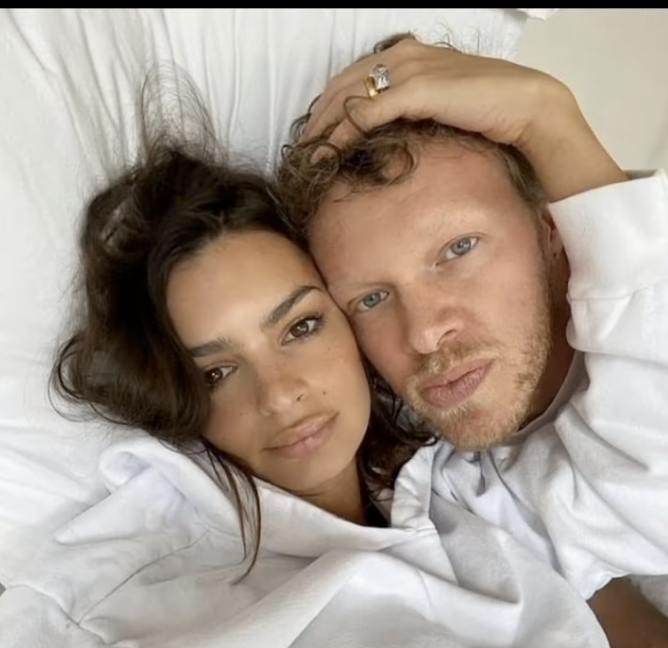 Sebastian Bear-McClard did not appear too fazed, despite reports of his break up with Emily Ratajkowski following accusations of him cheating.

The duo had gotten married in 2018 during which they welcomed one child together. But speculation started to emerge that they had broken up following claims that Sebastian had been unfaithful on numerous occasions, with even suggestions that Emily was considering a divorce.

Although the pair have yet to release an official statement confirming the exact nature of their relationship, the fact of the matter is that Sebastian looked happier than ever. A source confirmed the following: “He was with a group of four guys.

“They all looked happy and were laughing and grabbing a bunch of supplies like they were having a party later on in the day. He didn’t appear to be bothered at all by the drama in his life.” If those comments are taken to be true, then they could be interpreted to mean the following things.

First of all, the comments could suggest that he and Emily have managed to work things out. Therefore, this may explain why he was in such a good mood. Secondly, it could simply mean that Sebastian is putting on a brave face, even if he has split with Emily.

After all, the last thing that he would want to show everyone is that he is being impacted by the things going on in his life. Regardless of what the case may be, sources have stressed that Sebastian has been trying to work things out. And in doing so, he is looking to reconcile to ensure that he does not break up his family unit.

But the chances of that happening appear to be very slim indeed. The following comments confirmed as much: “Sebastian is trying for a second chance with Emily, but she doesn’t want to get back together.”

Ultimately, Sebastian has nobody to blame but himself. So there you have it folks. What did you think about this? Let us know your thoughts in the comments section below.