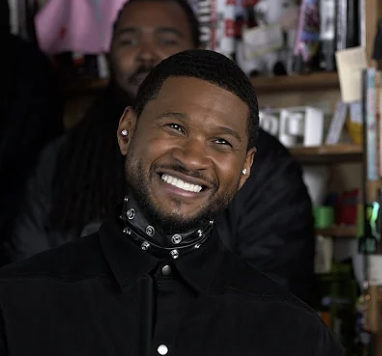 The medical condition severely left the star hampered, which was visible due to the damage to his facial nerves when he first disclosed the issue to his fans. This was then followed by an announcement stating that Bieber would be cancelling his upcoming shows.

While Justin did give a positive update since then, he has been keeping a relatively low profile. But now Usher gave fans the news that they were wanting to hear. In an interview with Extra, Usher said: “[He is] doing great.

“As an artist, I think we are all going to experience some things that people may not necessarily understand. I think [Justin] has obviously taken the world on a journey.” One of the things that has been crucial in keeping Justin in a good place has been the source of support around him.

His wife Hailey Bieber was very vocal about how she would stand by her husband when the news came out. Not only that, but Usher happens to have known Justin from a very young age, especially since he was the one that had played a part in signing the star.

With that being said, Usher let everybody know that he was on hand to be there for his friend. His following comments confirmed as much: “I am happy that I was at the beginning of and I am still a part of to this day, as a friend.

“I think that whatever he may be experiencing right now, it’s actually really great to see that he has the support from his fans and his family.” Hopefully, with time, Justin can overcome his condition and get back to his usual self.

And that is the most important thing going forward regardless of how long it takes to get Justin better. So there you have it folks. What did you think about this? Let us know your thoughts in the comments section below.