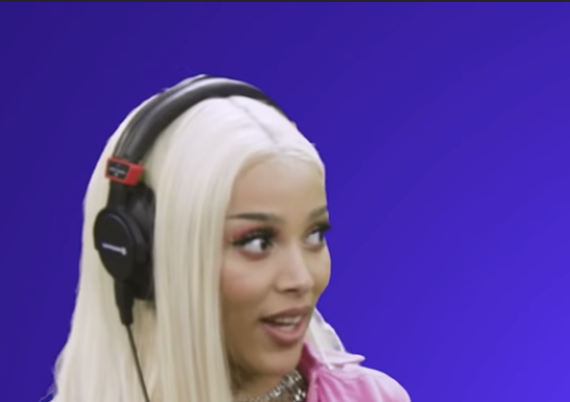 Doja, for her part, just so happened to be talking to Noah in relation to his ‘Stranger Things’ co-star Joseph Quinn. During the course of that process, Doja hinted that she had an interest in Joseph.

In her message at the time, she asked Noah the following: “Noah can u tell Joseph to hmu. wait no. Does he have a gf? Thereafter, Noah had apparently provided Doja with Joseph’s social media details.

“However, when the whole conversation ended up being leaked by Noah, this did not go down very well.” First of all, it may have an impact on whether or not Doja has a real chance of actually pursuing anything.

Secondly, the fact that this was a private conversation between her and Noah, it should not have been linked to the public. After all, it has caused Doja a lot of embarrassment, as if she ever bumps into Joseph, things could be very awkward indeed.

That is why Doja came out to slam Noah, even if he was just 17-years-old. In response, Doja stated: “The fact that Noah did that, like went and posted a private conversation between me and him is so unbelievably socially unaware and whack.

“That’s like borderline snake s**t, that’s like weasel s**t.” The response from the fans on social media was mixed. While a certain subset of people agreed that Noah had crossed the line, others argued that he was under no obligation to keep this private.

This was on the basis that Doja had approached him in the first place. One person wrote: “He didnt agree to the conversation. Theyre not friends. She literally just dmed him out of nowhere. So he is under no obligation to keep it private.”

Did Noah do the wrong thing then? So there you have it folks. What did you think about this? Let us know your thoughts in the comments section below. If you liked reading this article, then check out our other features on the Daily Soap Dish.