When Ethan Plath separated temporarily from wife Olivia Plath, one of the main issues was him avoiding working on their marriage in favor of working on his hobby cars back in Cairo, Georgia. Now that they’ve moved four hours a way in Tampa, he still takes one to two weeks out of the month to go and work on his cars and “compartmentalize” and ghost Olivia for days on end.

She does not like this because she doesn’t really know what’s going on during his time in Cairo when he spends it without her, and he keeps ghosting her and not replying to texts and calls, so even the most trusting of wives would get suspicious after awhile. Also, Olivia had let it slip that Mom-in-Law Kim Plath had previously tried to split them up before, so that’s probably still a very real fear in her mind.

Welcome to Plathville: Ethan Plath should have married a car

So what does Ethan go and do when they temporarily split up and “live separately” for awhile before their big move? He goes and buys another classic car, another reason not to work on his marriage and another reason to remain tied to Cairo, Georgia. This doesn’t really seem to bode well for his marriage because it was then that we saw Olivia express The Quiet Rage.

The Quiet Rage is what happens when you are so angry that you’re calm, it’s either because you’re not in a place where you can publicly express rage (Olivia was on camera and in public) or you’ve just come to the point where you’re literally done and want to write this person off, for good.

We kind of got a sense of both of those things from Olivia. Maybe she isn’t quite done with this marriage yet – but she did tell Moriah later on in the episode that she may want to order his favorite flowers because he’ll need to be buried with them. Olivia is on the warpath and if Ethan’s not careful he could truly end up losing her.

Olivia has wanted to embrace big city living for awhile now but Ethan continually makes hitches in her plans because he wants to stay right in around Cairo, or so it seems. The Season hasn’t fully played out yet, but that’s how its seeming from these early episodes.

At this point we kind of wonder if Ethan is more than just a gearhead and if something… special… is going on between him and this classic car. After all, there’s been cases of women who have been attracted to rollercoasters, and fences, and even their own bow and arrows… it would kind of make sense if Ethan did feel a physical attraction to his classic cars – we hope not for Olivia’s sake, but… we kind of have to wonder what’s going on there. Stay tuned!!! 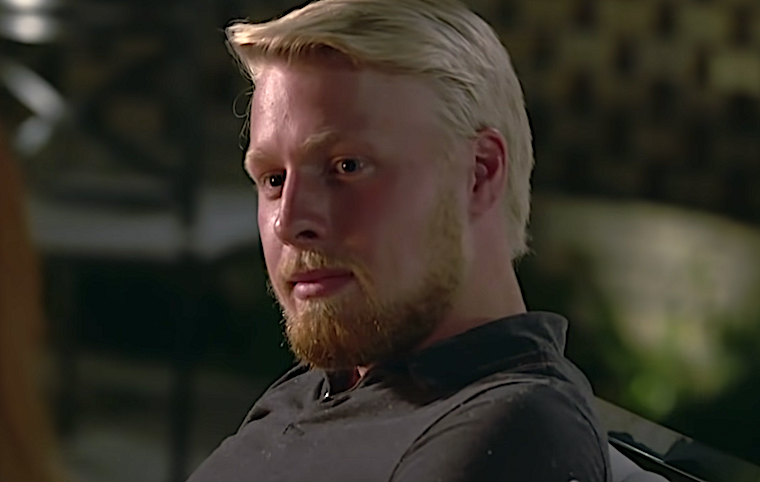