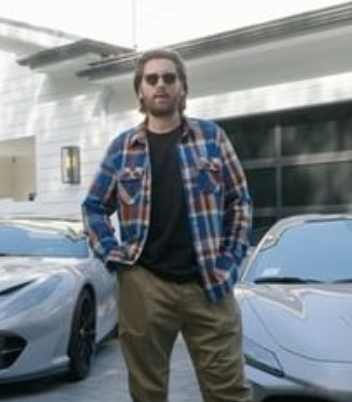 Scott Disick gave up pursuing Kourtney Kardashian once he realised that things between her and Travis Barker were getting serious.

Those hopes and dreams have now been dashed with the news that Kourtney and Travis are a married couple. And yet, the fact that Scott had feelings for Kourtney should not come as a surprise.

Not only did they raise three children during their time together, but Scott has spoken previously on his desire to get back with her. And while she may have moved on, that has not stopped the feelings that he harbours for the Kardashian.

A source said: “Once she became serious with Travis, he stopped trying to win her back. His feelings for her haven’t gone away — he’s always going to love her — he’s just having a hard time accepting the fact that she’s married.”

Nevertheless, Scott will have to come to terms with this. First of all, he is filming alongside the couple on ‘The Kardashians.’ And if he wants to maintain his place on the show, any grievances he may have towards Travis have to be kept in check to some extent.

Secondly, whether Scott likes it or not, Travis is bound to be involved in his kids’ lives by virtue of the fact that he is with Kourtney. As such, the last thing that he should be doing is creating any division. And yet, things are not going to get any easier. Reports indicate that Scott has split up from model Rebecca Donaldson.

The duo had only been dating for around two months, but much more than that, the news arrives on the back end of Kourtney and Travis getting married. Although it is not to say that the split happened because of the marriage, there is no denying that the timing of it will be read in light of that.

With that being said, the sooner Scott gets things together, the better it is for everyone. So there you have it folks. What did you think about this? Let us know your thoughts in the comments section below.