Skip to content
Home > Celebrities > Ryan Garcia > Ryan Garcia’s Daughter Rylie Will Not Follow Him Into Boxing-‘No, No’ 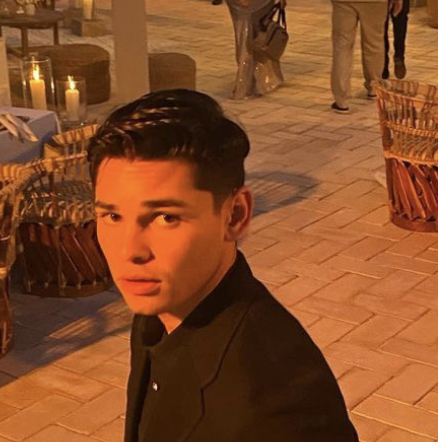 Ryan Garcia’s daughter Rylie will not be following in the footsteps of her father by taking up boxing.

Ryan Garcia’s Daughter Rylie Will Not Follow Him Into Boxing-‘No, No’

Women’s boxing of late has become more popular than ever, as a result of the increasing number of women taking up the sport.  And this was most notably shown in the mega women’s fight between Katie Taylor and Amanda Serrano which broke pay-per-view records with $1.5 million buys.

And given that Ryan is an upcoming boxing star, the fact that Rylie is just 3-years-old would have made it the perfect time to introduce the basics of the sport to her. And yet, that is not going to happen according to the mother of the child Catherine Gamez.

The former has made it very clear that Ryan does not see her having a future in a dangerous sport. In an interview with TMZ, she said: “I don’t think her dad will let her. No, no.”

That is not to say that Rylie isn’t a fan of the sport. In fact, she has already seen Ryan fighting in the boxing ring. Catherine expanded on how Rylie managed to attend Ryan’s last fight in Texas against Emmanuel Tagoe. Although Ryan did not manage to secure a knockout victory, it was a unanimous decision nonetheless.

Aside from the fact that the sport is dangerous, Ryan has spoken about his mental health struggles which did cause him to take a break from boxing.

And given that he understands first-hand the sacrifice that is needed to make it in this brutal sport, it is probably wise that he keeps his children away from entering into a similar field. After all, he has earned enough money to give the family the opportunities that they need.

The best thing Ryan can do is make it to the top, and if he manages to do that, he will have inspired his children. And that is the most important thing to remember. So there you have it folks. What did you think about this? Let us know your thoughts in the comments section below.