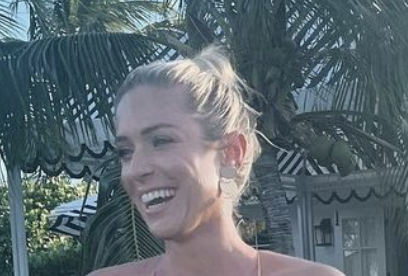 The duo had been together for around a decade before they decided to part ways in 2020. But things became very messy with disputes emerging over finances in the aftermath of the split.

One such report suggested that the divorce was being held up by virtue of the fact that Jay was looking to get a part of Kristin’s company ‘​​Uncommon James.” So when the divorce settlement came through, Jay was delighted by what it had said.

In his comments on his own ‘ “Uncut with Jay Cutler” podcast, he said: “When the settlement came through, I threw a party…I don’t recommend divorce for anybody, let me go ahead and say that. But, it worked out. It worked out for Kristin, it worked out for me. It is what it is.”

Kristin did not take those comments well for the following reasons. First of all, Kristin implied there is an apparent NDA disclosure that was signed. Therefore, Jay should have refrained from mentioning anything in that regard.

And that is why Kristin remained tight-lighted about whether the divorce was official by refusing to comment. Secondly, in any event, she decided to shade Jay by responding to his partying comments.

And in the process of doing so, she wanted to let everyone know that she was having a good time too. In an interview with TMZ, she remarked: “I’ve been partying for 2 years straight.” Despite the disagreements they have, it is important that the two keep things on a cordial level.

They did manage to have three children during the course of their marriage. Therefore, they will need to have stable co-parenting relations for the sake of their children.

And in light of everything that has happened between them, that is the most important thing to remember to prevent things becoming bitter. So there you have it folks. What did you think about this? Let us know your thoughts in the comments section below.