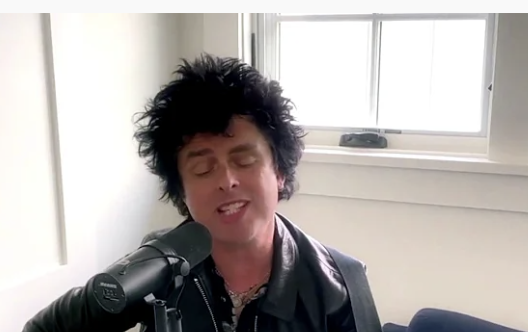 The original decision had created a Federal right to have an abortion across the board, but this has now been overturned to allow individual states to decide whether abortion should be legal. While that has been welcomed by conservative groups in America, the very fact of the matter is that it did not sit very well with the musician.

So much so that during the course of his concert in London, England, Billie told his UK fans that his days as a US citizen were numbered. In his comments, he said: “F–k America. I’m f–king renouncing my citizenship. I’m f–king coming here.

“There’s too much f–king stupid in the world to go back to that miserable f–king excuse for a country.” This begs the question: were Billie’s comments made in jest? Well, on initial inspection, it would appear to be so for the following reasons.

First of all, Billie was performing his music, and this statement had the impact of rallying the crowd. Not only that, but the ruling was still very fresh in the memory after having just recently been passed. And yet, it seems that Billie was not there to play any games.

He added: “Oh, I’m not kidding. You’re going to get a lot of me in the coming days.” If the star does end up going ahead with his threat and renouncing his citizenship, then there are several points to consider.

There is the question of where is he going to reside next. Reports indicate that Billie had been given honorary citizenship for Italy in 2018. Therefore, this is one avenue that he could consider.

Aside from that, though, there is the question of how will the other band members react. After all, it would not be so easy to make music going forward if they were not all situated in the same country.

Time will tell if Billie does follow through with his comments. So there you have it folks. What did you think about this? Let us know your thoughts in the comments section below.