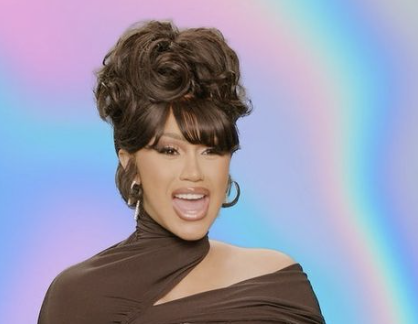 Cardi B responded to a troll who suggested that her daughter (Kulture) was suffering from autism.

Cardi, for her part, is no stranger to facing accusations made against her children. It was only in April of this year, that she faced a similar accusation against her daughter.

While Cardi did not have a problem with the fact that somebody could have autism, the very fact of the matter is that she denied her child having anything of the sort. And yet, that did not stop the comments that continued to emerge about her daughter.

In one such comment, one user was stated as saying: “Your daughter is literally autistic and you’re on stan twitter instead of making sure she’s not sticking her finger in outlets.” Naturally, those comments did not go down very well with the rapper.

And she let everybody know in no uncertain terms that she was not going to stand by and allow unjustified attacks against her daughter. In the process of doing so, Cardi brutally shut down the troll with the following reply: “My daughter is not autistic.

“You can’t call her ugly so y’all have to diagnose her wit her wit something. Go play in traffic bi**h.” The fans on social media rallied behind Cardi. This was on the grounds that irrespective of the fact of autism, this was something that was personal to Cardi.

Therefore, there was no need for this to be played out in the public arena. Meanwhile, others simply stressed that if Cardi’s daughter had autism, then the best person to know such a thing would be the musician herself.

One person wrote: “STOP TALKING ABOUT PEOPLE KIDS,” while another person stated: “Y’all need to learn to LEAVE HER CHILDREN ALONE !!!!!! When are y’all gonna learn.”

It is great to see Cardi standing up for her daughter. After all, she is the one that knows her best. So there you have it folks. What did you think about this? Let us know your thoughts in the comments section below.