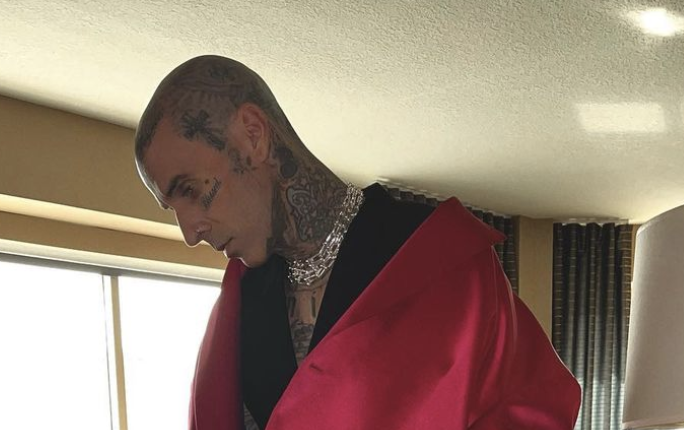 Travis Barker seems to be serious about marrying Kourtney Kardashian after asking for permission from her late father Robert Kardashian.

Such a request would seem outlandish, given the fact that Robert is no longer alive. But in keeping with the tradition of asking someone for their daughter’s hand in marriage, Travis decided to do the next best thing that was available by visiting Robert’s grave in order to get his blessing.

While that was more of a symbolic thing in nature, the very fact of the matter is that it does demonstrate how serious Travis is about committing himself to Kourtney for the long haul. And that can only be a good thing for the couple going forward.

In an episode of ‘“The Kardashians,” Kris Jenner recalled the incident to Kim Kardashian. She said: “He came over and asked for her hand in marriage, and I was like … it was so sweet and so tender, and then he said he went to your dad’s grave and asked your dad, and I just lost it.”

This was clearly an emotional thing for Kris too. After all, she did have to watch Robert die in 2003 after his struggles with esophageal cancer. Although they did get divorced in the early 90s, due to the fact that Kris did end up cheating on him with soccer player Todd Waterman, it was clear that she still had a lot of fondness for him.

With that being said, she lamented the fact that Robert was no longer alive to see this special occasion. She added: “It’s all happy. I wish that your dad was here to see it. I can hardly believe that it’s the first time that she’s getting married. Isn’t that cute?”

It is clear that the couple are looking to walk down the aisle as soon as possible, and given everything that we have seen so far, they have every chance of making things work. So there you have it folks. What did you think about this? Let us know your thoughts in the comments section below.