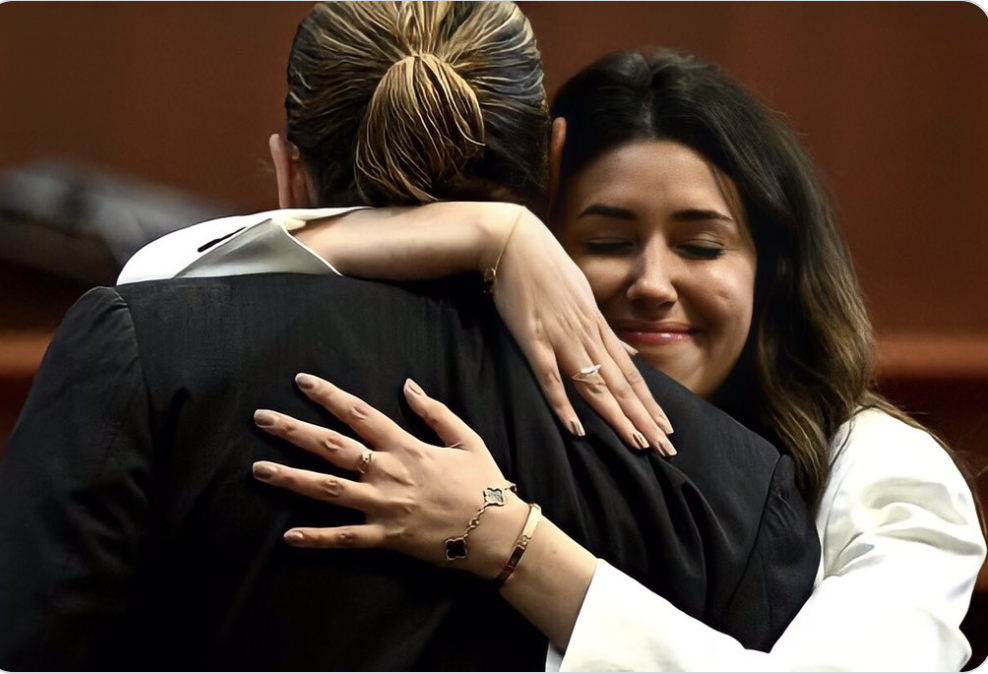 Johnny Depp’s lawyer Camille Vasquez remained coy on the rumours circulating that she is dating the actor.

Camille has widely been praised for the manner in which she has been cross-examining Amber Heard to the point where the actress admitted outright that she had not paid $3.5 million to the ACLU, as she had previously claimed, from the proceeds of her divorce settlement.

And in their interactions, fans have noticed the pair touching each other as they show support. While sources initially denied that anything was going on between the pair, Camille’s reaction to being asked suggested that perhaps the opposite could be true.

In response to the following question: “The people want to know, are you dating Johnny Depp,” she smiled nervously and laughed but did not answer the question.

Despite the silence, the behaviour was significant for the following reasons. First of all, if the rumours were false, Camille could have easily come out and confirmed that there was nothing going on.

Secondly, the fact that the lawyer looked a little nervous would suggest that maybe there is something between the pair. In any event, though, perhaps the case was the most important thing which is the reason why she dismissed the question altogether.

The response from the fans on social media was mixed. A certain subset of people wanted to see them get together. Meanwhile, others stressed that nothing was going on between the pair by virtue of the fact that there could be repercussions if someone was dating their client.

One person wrote: “Yes, because that’s professional. I doubt she’d be dating him. And if she was, I hope she treats him better than Amber Heard.” The chances of them being together is very slim, but the most important thing is that Johnny has the correct team behind him in order to win his legal battle.

And by the looks of it, Camille is an integral part of that from what we have seen so far. So there you have it folks. What did you think about this? Let us know your thoughts in the comments section below.