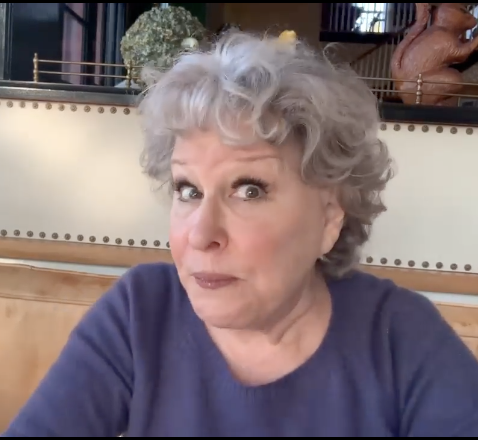 Bette Midler has been slammed for her comments in response to the United States’ current shortage of baby formula.

The current rise in inflation that has impacted the United States is crippling the economy. So much so that reports stress that as much as 40 percent of baby formulas are not available to purchase.

And in order to counter what is clearly a major problem, Bette decided to advocate the following approach. In a post to her fans on Twitter, she said: “Try Breastfeeding. It’s free and available on demand.”

Her comments raised a significant amount of backlash for the following reasons. First of all, they were seen as being very crude and insensitive at a time where it is clear that a lot of mothers are going through difficulties.

Secondly, there was a feeling that by Bette being in a privileged position, her comments were condescending. And this was reflected in the comments that followed on social media. Matthew Marsden, who happens to be an actor, had this to say: “Not all actors are like this, I promise.”

Meanwhile, journalist Tara Haelle questioned the veracity of Bette’s comments. In response, she stated: “Bad take. I breastfed my oldest till age 4. It was NOT free. I was privileged to be able to do it. It was also hard as hell & involved a lot of work, sacrifices & difficulties.”

In Bette’s defence, she is a mother too. She has one child (Sophia), even if her daughter is now a capable adult. Not only that, but the fact that she is a comedian may have inadvertently led to her comments appearing as much harsher than she initially would have intended.

Although that is no justification for the criticism that is emerging, it does provide some much-needed context when it comes to the perception surrounding Bette. It is safe to say that this was not Bette’s finest hour. So there you have it folks. What did you think about this? Let us know your thoughts in the comments section below.