Skip to content
Home > TV > The Bachelor > ‘The Bachelor’: Clayton Echard And Susie Evans Go On Holiday Following Claims He Cheated On Her 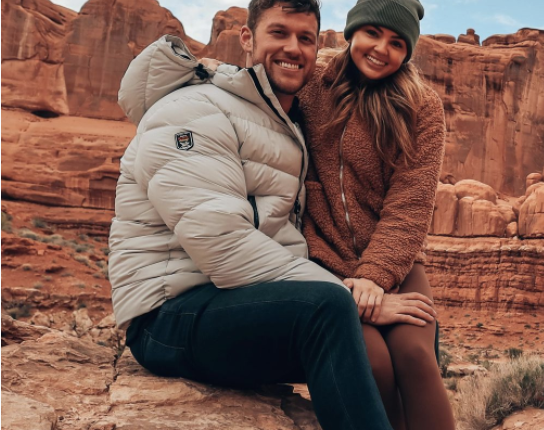 Clayton Echard and Susie Evans managed to go on a much-needed getaway amid the recent rumours that the former Bachelor lead had cheated on her.

‘The Bachelor’: Clayton Echard And Susie Evans Go On Holiday Following Claims He Cheated On Her

These claims arrived after a TikTok user, Sasha Narang, had claimed that Clayton had met her at a bar, while he was engaged. Although that was the case, Clayton defended himself on the basis that he had a screenshot proving he was not in the said location.

In a statement at the time, Clayton said: “People that make these false accusations should be held accountable. Trying to gain clout by ruining a relationship is embarrassing and extremely immature.”

And things were then concluded when Susie backed him up by stating that he would not do such a thing. And after having put that behind them, they have now gone on a road trip from Arizona across to Virginia.

In the video here, we can see the pair are making their way across some desert/canyon areas. They have huge smiles on their faces and could not be any happier. The post was captioned by the following comments: “This place was so beautiful, it needed its own video. Moab, Utah – Arches National Park.”

But that was only just the start. Clayton gave Susie an exclusive insight into where he is from. This included taking her back to his hometown, as well as the basketball court where he had so many fond memories.

Just when you thought that was enough, they concluded their array of photos by passionately kissing each other, as shown in the image here.  And the fans were glad to see them doing well, as shown by the comments on social media.

A large portion of people were delighted that they had been able to put the unfounded rumours of Clayton cheating firmly behind them. One person wrote: “They make a great couple. Hope they don’t listen to haters.”

It is great to see the couple in such a good place, and long may it continue. So there you have it folks. What did you think about all of this? Let us know your thoughts in the comments section below.