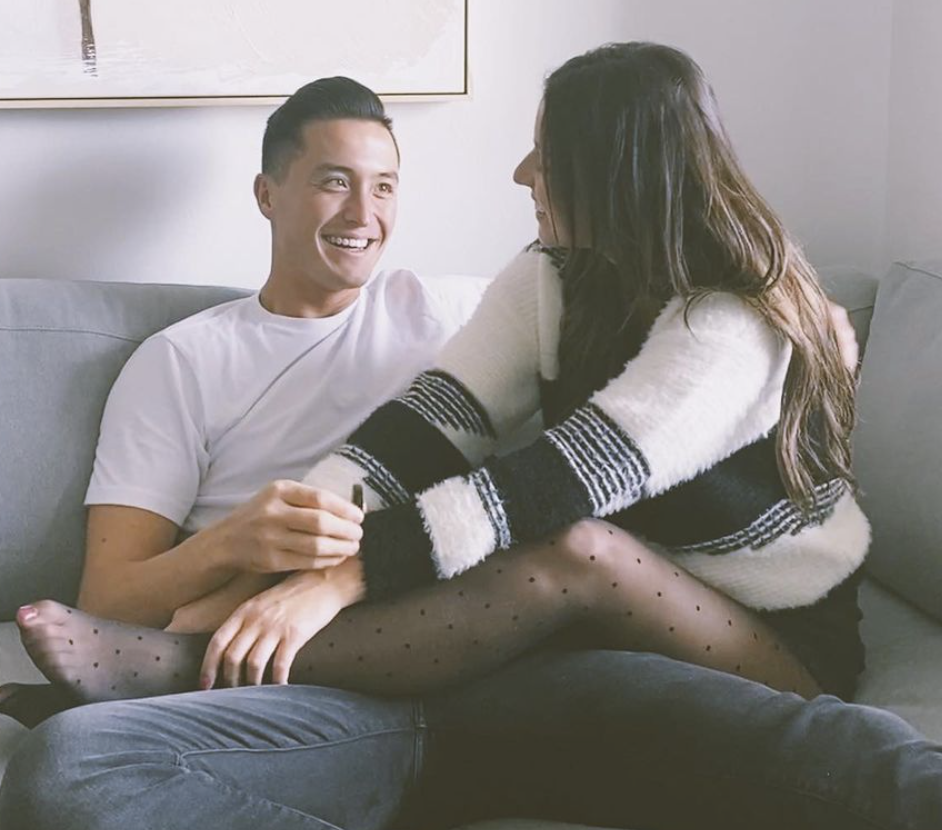 Katie Thurston showed that she is completely happy with John Hersey, as the pair celebrated his 28th birthday together.

The couple have been through a lot of late. Katie’s shock split from her ex Blake Moynes was further compounded by the news that she had gotten together with John immediately thereafter, even though she had just been engaged with Blake for a matter of three months.

Naturally, she received a lot of backlash on social media as a certain subset of people felt that Blake was hard done by.

In addition, people began to question Katie’s decision on ‘The Bachelorette’ in the first place, as it seemed to demonstrate that she had made a quick decision by choosing Blake following Greg Grippo’s shocking exit at the time.

But she has managed to silence the critics by continuing to do what makes her happy. In a post to her fans on Instagram, Katie shared a picture of herself sitting on John’s lap. They are both looking at each other, as they could not be any happier.

The post was captioned by the following comments: “Cheers to you handsome. 28 looks good on you already. Happy birthday! Celebrating you is easy!”

Despite her happiness, it is clear that Blake was not too impressed with how things played out. That was not based on the fact that they were not together, but rather, the circumstances in which it all emerged.

After all, he had no idea of Katie’s intentions. And given the speed at which everything moved on, he was left a little shocked by it all.

In a prior interview on the ‘Talking It Out with Bachelor Nation’ podcast, Blake remarked: “I really don’t think there was any physical cheating there, but there’s clearly emotional for it to transition as quickly as it did.“

It is still too early to tell whether Katie and John will last as a couple. After all, things between her and Blake also looked to be going very positive at one stage.

And with hindsight, we now know how that all turned out. Time will tell whether they last the distance. ​​If you liked reading this article, then check out our other features on the Daily Soap Dish.