Skip to content
Home > TV > Bachelor in Paradise > ‘Bachelor In Paradise’ Spoilers: Where Have All the Good Guys Gone?

‘Bachelor in Paradise‘ spoilers find that yet another one of Bachelor Nation’s “nice guys” showed his true colors this week and fans are wondering: where have all the good guys gone?

It started with Brendan Morais, easily one of the most popular contestants to be eliminated by Tayshia Adams during season 16 of the Bachelorette. During his tenure Brendan was seen as an unproblematic favorite, a sensitive family man who can rock the heck out of a turtleneck.

The professional model/roofer was open about being a divorcee and his desire to be a dad- basically all the things that make the ladies in the audience want to introduce him to their grandmas.

Then Brendan joined Bachelor in Paradise and, in a spectacular fall from grace, proved he was a shady, vapid, gas lighter who didn’t care about anyone’s feelings, only his social media platform.

‘Bachelor In Paradise’ Spoilers: Where Have All the Good Guys Gone?

In short, Brendan is a BAD GUY.

Perhaps an even more popular contestant from season 16 of The Bachelorette was Ivan Hall. In a poignant and teaching moment Tayshia and Ivan had a deep conversation about systemic racism, the likes that had never been seen on what many see as a surface-only type television show.

Ivan’s vulnerability, maturity, and clear feelings for Tayshia had fans wanting to protect him and his heart from any pain…but in the end, citing religious differences, Ivan was abruptly cut by Tayshia.

Now in Paradise, Ivan has shown that he, too, is willing to mess with people’s emotions just to get a rose as he awaits who he really wants to see on the Mexican beach.

During this week’s episode Ivan lied, got busted, lied a little more, backtracked and then kept on lying. He tried to shoot his shot with Chelsea Vaughan, while totally cutting Aaron Clancy’s grass after promising he wouldn’t, then turned it all back on Chelsea saying she pursued him.

But that wasn’t the part that had fans riled up. It came to light shortly after that Ivan had been a naughty boy during the night everyone stayed in a hotel due to an impending hurricane. Ivan managed to find the room number for Alexa Caves, who was yet to arrive in Paradise and went to shoot his shot with the contestant from Peter Weber’s season.

It soon became VERY clear that Ivan had tried, but failed to do exactly what Brendan had done. Ivan tried to gain Chelsea’s affections (breaking Chelsea and Aaron up) just to earn a rose so he could still be in Paradise when Alexa arrived, just like Brendan had cozied up to Natasha Parker, ensuring the roses would keep coming until his girlfriend, Pieper James arrived!

Incidentally, Ivan got eliminated from the show and Alexa got turned bac around before even walking down the stairs to the beach.

Moral of the story here guys- do better. Or, if you don’t believe you can, stick with the hero edit you got during your first season and leave Paradise well alone!

Bachelor In Paradise airs Tuesday on ABC at 8pm. 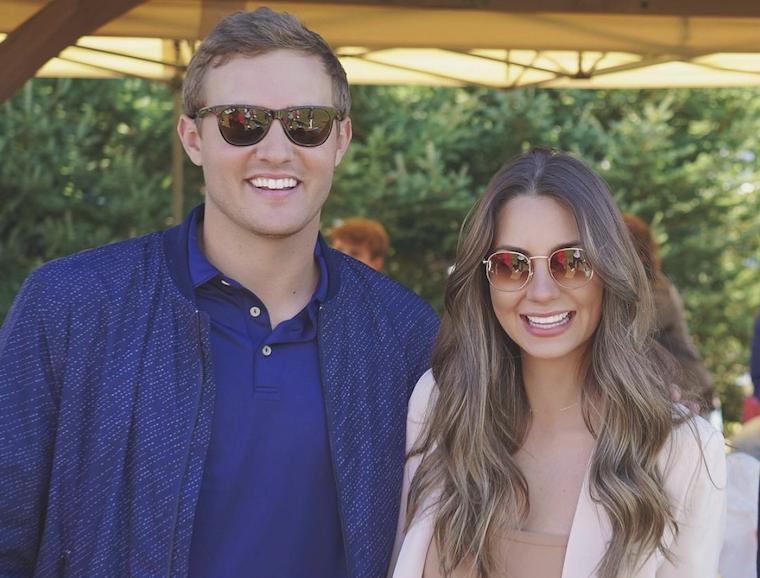