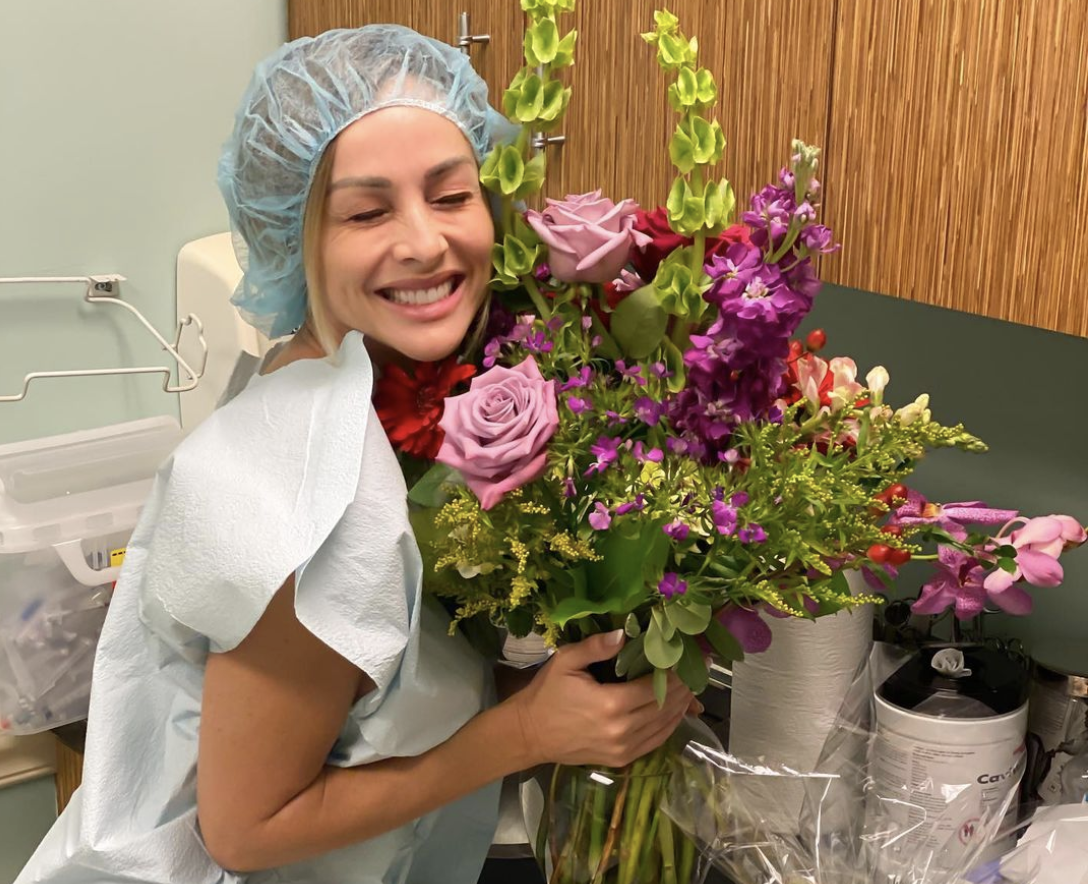 Clare Crawley has let the world know just how delighted she was to have surgery on her breasts.

‘The Bachelorette’: Clare Crawley Is ‘So Thankful’ For Having Surgery On Her Breasts

The former lead on The Bachelorette had been open about her desire to have surgery. Rather than doing it to enhance her breasts, Clare wanted to remove some implants that she had gotten previously. This was because they had started to make her feel very sick.

And given that the procedure could not have gone any better, she made sure that she was on hand to share her happiness with the world. In a post to her fans on Instagram, Clare shared a picture of herself from the hospital. She was holding a massive bouquet of flowers, and had a massive smile on her face.

The post was captioned by the following comments: “Surgery is officially done + I am on the road to healing! I am so thankful…It wasn’t an easy decision, but they truly are the most compassionate team who truly want to help.” Clare, for her part, felt that the surgery was necessary.

She had opened up on how she began to suffer from hives following her implants. And given that she has now settled down with Dale Moss somewhat, her health became a priority for her. Not only that, but Clare decided to embrace her body for what it was. She admitted that she became very self-conscious and often adopted an unrealistic view of what beauty should be.

Instead, she has chosen to focus on fully embracing her body. In a prior post, she remarked: “I love my health more… I was talking to Dale [Moss, her fiancé] the other day, and he said, ‘Your boobs are not what make you beautiful.’ And it’s the truth.”

In keeping with that, Clare is hoping that she can be an example for those who are going through similar body issues. And she signed off her post in that manner: “I will continue to pass It on to anyone else who needs to hear this… our body shape does not define us or make us any less lovable or worthy. We are perfectly made just the way we are!”