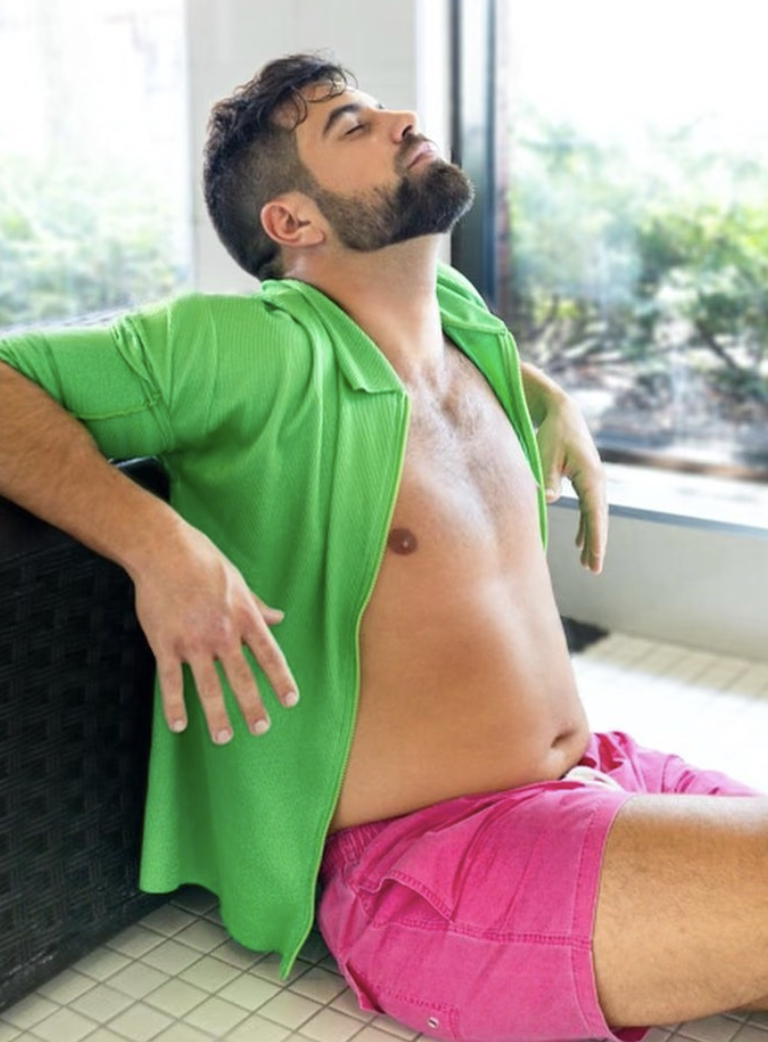 Blake Moynes could not help himself but have some fun at the expense of his fiancée, Katie Thurston.

The couple could not be doing any better following their time on The Bachelorette. While they had to navigate through some serious difficulties on the show, now that it has concluded, they have both come out of their shells. And so it showed with Blake’s recent Instagram posts.

In the following pictures, we can see Blake copying a recent photoshoot that Katie had done. In the pictures, he is posing in some green and pink swimming attire. The post was captioned by the following comments: “First they’re sour, then they’re sweet.”

The couple, for their part, have a lot in common apart from making fun of each other. They have both expressed their love for animals, and by the looks of it, they have decided to focus on conservation projects. Not only that, but they have begun to visit Canada to continue making memories.

In the following Instagram post, Katie and Blake are enjoying their time on a lake. In the background, we can see the wilderness, and it shows just how much they are into nature. But moving aside from their interests, they were suited to each other because they both entered a point in time where they were looking to settle down.

And given that they both would not have left the show, unless they had gotten engaged, showed just how committed they were to the cause. In the season finale, Blake revealed: “I know that you in the past have talked about how you’ve had to compromise to make things work. You deserve a lot more than that. You deserve the world, and I’m excited to support you and be there for you every day moving forward.”

The duo are still in the early parts of their relationship, and once the fun and games have died down, then we will know whether they are actually suited for each other.

After all, life post the show is when it all starts. But for now, we hope that they continue on this journey together. If you liked reading this article, then check out our other features on the Daily Soap Dish. Please also visit The Go To Family for all of the latest exciting news on all of your favourite daytime television soaps.