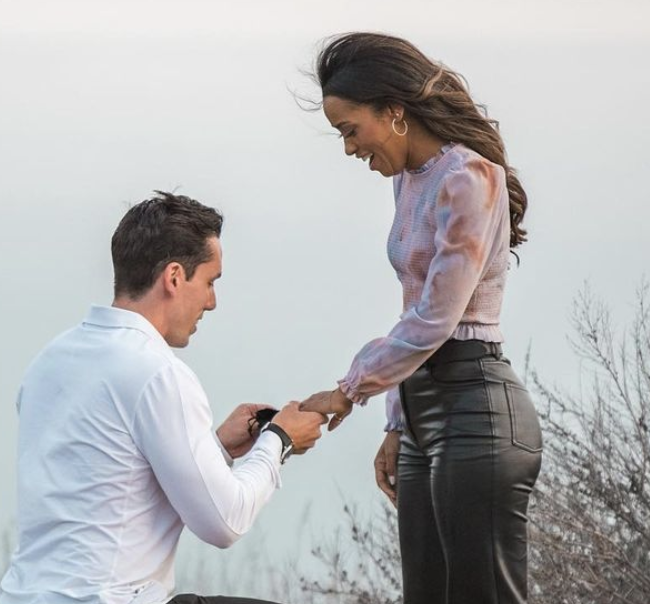 Seinne Fleming, who is best known for appearing on The Bachelor, has confirmed that she has gotten engaged to Doug Fillmore.

The fans first became aware of Seinne during her time on Arie Luyendyk Jr’s season of The Bachelor. While she failed to walk away with Arie, she certainly left an impression on the show.

It turns out that as the season was being shown on TV, Seine was hooking up with her current fiancé. But that was not the only reason why she has been a noticeable member of the franchise.

Just last year, she hit out at the producers over the lack of diversity on the show. Although this has been addressed in part with Matt James and Michelle Young as being lead members, she called on them to do even more.

But now it seems her attention has turned to herself, and she could not be any happier. In an interview with Us Weekly, she revealed how they were destined to be together.

She said: “I knew he was the one from the moment I met him because I’d never felt the way I felt for him with anyone else. He has become my best friend and…he planned the most amazing day.”

So how did the big day go down? Well, Doug had reportedly organised a helicopter ride across Los Angeles, which ended with them landing in Malibu. This was followed by dinner with their close friends and family at a rooftop restaurant in Hollywood.

And the results of his efforts were there for all to see. In a post to her fans on Instagram, Seinne shared a picture of Doug getting down on one knee as he proposed to her. He is putting the ring on her finger, and we can see the delight on her face.

The post was captioned with the following comments: “The best surprise and most amazing weekend of my life!!! I absolutely said YES to my favourite person and the sweetest man I know! I’m so excited to continue building an incredible life with you…I love you beyond words.” It is great to see the couple being so happy and long may it continue.