‘The Bold and the Beautiful’ (B&B) spoilers find that fans wouldn’t have been amiss had they thought they were watching a repeat during today’s episode. Other than Carter Walton (Lawrence St. Victor) facing Eric Forrester and Ridge Forrester (John McCook and Thorsten Kaye), it feels like we’ve been watching the same scenes over and again.

Quinn and Carter try to pretend they don’t want to strip each other down in their offices.

Sure, we know we are at the end of a cycle and new storylines are set to bloom, but the grand finale of Lope’s reunion really fell flat with viewers on Monday.

Some decided Hope running for the prison van was a little OTT. After all, Liam was being transferred to another facility, not directly to the electric chair.

Lmaoooo the last scene was wayyyyyy to dramatic for me!!! 😅😅 #BoldandBeautiful #BoldandtheBeautiful pic.twitter.com/Gg9TpLuKES

#BoldandBeautiful
us: so how many lope reunions are we on this year?

And others just flat out can’t get on board with Lope AT ALL.

Mostly fans are confused as to why this tired ‘Lope reunion’ got more play than the demise of Quinn and Eric’s marriage and the extremely low-key exit of Zoe Buckingham’s (Kiara Barnes).

Basically we all had to play catch up as Brooke, yet again, told Eric how to live his life and he assured her he had kicked Quinn to the curb. The same went with an off camera conversation between Carter and Zoe and she breaking things off with her C.O.O, I mean fiancé.

Carter showed about as much emotion about his break up with his fiancé as he did chemistry with her in the first place, i.e, zip, zero, NONE.

Zoe’s super anti-climactic exit has fans all wondering if we will see her again sooner than expected. We know it won’t be Barnes back in the role, and no announcement has been made as to a new face being seen on set…but really, Zoe can’t be gone just like that…can she?

Watch The Bold and the Beautiful weekdays on CBS to find out! 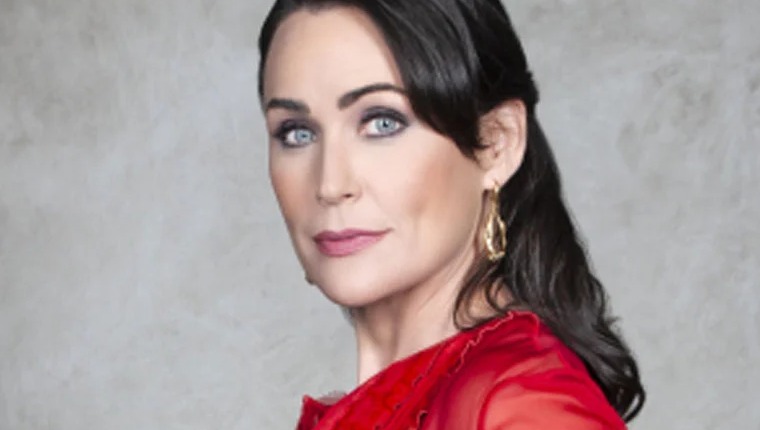