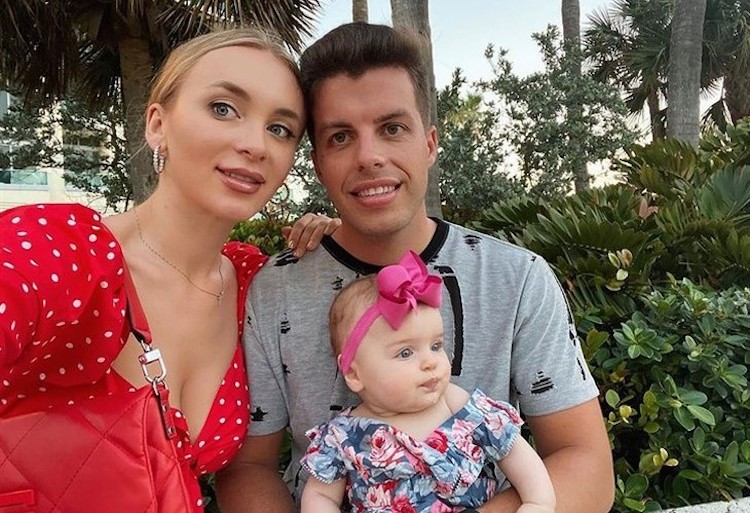 ’90 Day Fiancé’ Spoilers indicate that Jovi Dufren didn’t realize that when he signed up for marriage and Fatherhood that he was kissing ‘fun Yara’ goodbye. Yara Zoya Dufren is committed, 150% committed, to being a Mom right now to baby Mylah.

Granted, Mylah is only a few months old and Yara’s only trying to do right by her. She can’t really think of anything but Mylah right now because that’s what a good Mom does.

However Jovi is still stuck in the New Orleans party mindset, he’s mad because they moved from New Orleans, and he’s angry because Mylah sleeps in the bed with them at night because Yara doesn’t want to get up 4-5 times a night and go all the way to a different room to feed Mylah, which is perfectly understandable. However, she did agree to get a crib.

When they got in the baby store however, Jovi threw a fit in there too saying that he was not going to spend $700 on a crib and that he was only prepared to spend $200-$300. Then Jovi said that Yara should just give up and buy the crib online and then that’s when he proposed that he and Yara take a trip by themselves.

Yara however is still in full-on baby mode and when he said that she just wasn’t fun anymore she told him that this is who she was now, and that she was going to be ‘Mom’ for the rest of her life and that she has been raising Mylah on her own.

She also said that in her confessional that Jovi apparently has a lot of problems with the way she parents Mylah and when he is home he questions everything she does. He also accuses her of being a ‘crazy Mom’ but can you really blame her? Jovi is so laid back that he barely acts like a Dad half the time, and Yara was plunged into this headfirst in the deep end.

Also, Yara has already lost one child, so it’s no wonder that her maternal instincts are upped to 11 right now. If Jovi wants fun Yara back, he’s probably going to have to wait until Mylah is at least in kindgergarten. Stay tuned!!!