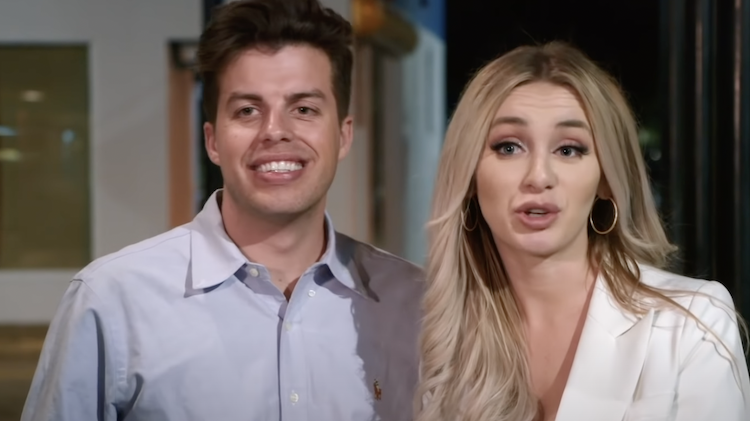 ’90 Day Fiancé’ Spoilers reveal there’s a bit of a culture clash going on here. Jovi Dufren’s Mom, says that she wants he and fiancé Yara Zoya to have your stereotypical big, cajun wedding. She says it’s in her ‘cajun nature’ to want to have a big gathering for her son where she gets her entire family together and they celebrate the union.

Okay, but Yara’s family can’t be included in this because they can’t come over. Yara wants to do a small wedding in Vegas where no one is really there but her and Jovi.

’90 Day Fiancé’ Spoilers: However Jovi’s Mom is having a problem with that.

Considering how traditionally, the wedding is supposed to be the Bride’s day, then I don’t see why Jovi’s Mom is having such a fit over it. It’s Yara’s day, and Yara should get to choose how she wants to get married. If that is a small ceremony in Vegas, then, that’s what it is, Weddings don’t have to be large, besides that it’s not the wedding that counts but the marriage itself, you know?

Yara says that she will think about Jovi’s Mom’s offer of a ‘wedding gathering’ but seriously she doesn’t have to push this so hard. If Yara wants a big wedding, then it’s hers and Jovi’s decision and so far Jovi is okay with whatever he doesn’t have to pay for so you might want to see how Jovi reacts to the question, Mom.

Of course Jovi’s Mom and Aunt are suspicious of her intentions for even coming to the US so they’ve taken her out for coffee to interrogate her. Poor Yara unwittingly let them know that Jovi was not the firt time that she’s been engaged, that her boyfriend previous to meeting Jovi had given her an engagement ring but she broke it off because during that time she met Jovi.

She said that she didn’t have her own family involved during the engament because it’s just now how it’s done there in the Ukraine, which, of course made them all sorts of suspicious.

She literally explained to them that in the Ukraine that engagements weren’t as big of a deal as they are in the US and yet… that’s not good enough. I can’t wait for Yara to actually meet some genuinely good southern women because right now all she seems to have met are back-biting bayou girls and while I’m sure Yara can hold her own, she definitely needs a friend.

The thing is, Yara may be a little snippy, but she seems to be being her genuine self, however, she’s surrounded by people who just want to bait her. She’s doing well so far, but Yara, please download bumblebff. Maybe you’ll find someone who doesn’t look down on you for being from the Ukraine there. Stay tuned!!!