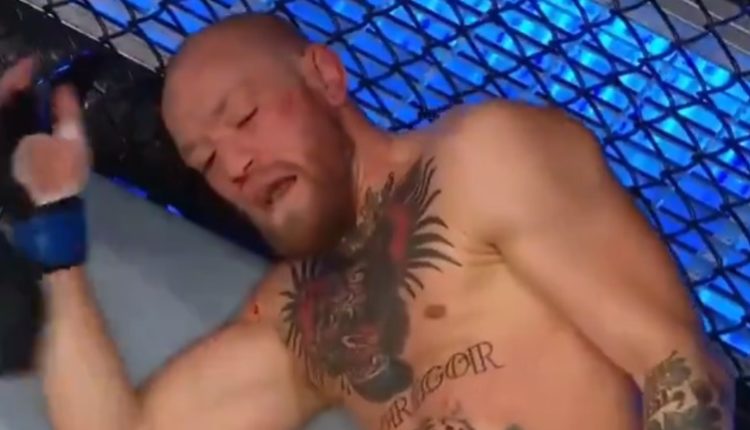 In a turn of events from their last meeting, Dustin Poirier knocked out Conor McGregor in the second round last night. While McGregor seemed to be in control for the first round, Poirier took over afterward and tore McGregor apart with a vicious amount of blows before ending it with a right hook that sent Conor to the floor.

Poirier was able to get revenge for his last meeting where he was knocked out in the first round by McGregor and to do so, his plan seemed obvious. He targeted Conor’s legs hoping to wear him out and that’s exactly what happened.

After winning, Poirier called for a third right with Conor.

As he was before, McGregor was respectful after the fight and even spoke about his loss. “I just wasn’t as comfortable as I needed to be,” Conor said. It’s been a while since he was in the octagon and it’s hard to step back in after a lot of time off.

It was Conor’s first fight back since January 2020 where he fought and defeated Donald “Cowboy” Cerrone in the first round.

It was an impressive showing for Dustin Poirier and it was nice seeing the humble side of McGregor. Part of his allure as he was rising up was his ability to trash talk and cause hype. However, that also led to him getting carried away a lot, especially outside the octagon. It seems he’s on a different path now and it’s one we can all get behind.

It was a quick match but one that was entertaining. McGregor also said that he would be returning to the octagon again in 2021 and wants to get back into the right mindset to win. Do you think McGregor can come back and compete at this level again or are have we seen the tip of his skill set?

What do you think? Did you expect Poirier to win? Let us know in the comments below.