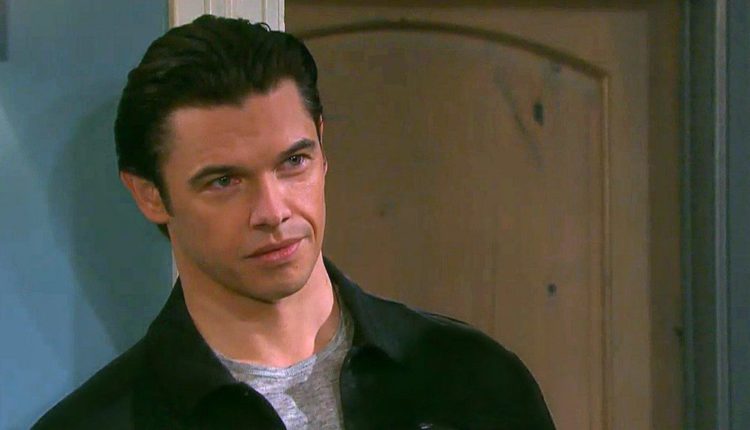 ‘Days of Our Lives’ spoilers reveal it’s getting uncomfortable in Salem for Xander Cook (Paul Telfer). It seems this guy can’t win. We’ll give him credit—he tries. He does genuinely seem to want to be a good man. At least, for Sarah Horton’s (Linsey Godfrey) sake. However, it looks like fate is against him. Let’s take a look at the latest, and what that could mean for his relationship with Sarah.

First, ‘Days of Our Lives’ spoilers reveal their romance got off to a bad start. It started basically as a lie to keep Eric Brady (Greg Vaughan) from finding out he is her baby daddy. Well, she thought he was, anyway. We’re still not convinced, as there was never a DNA test and she literally went from Rex Brady’s (Kyle Lowder) bed to his. But we digress.

Eventually the truth came out and they learned to handle the situation. At the same time, Sarah had bonded a lot with Xander. We think they’re a cute couple. At least, they were. Sure, we enjoy the playfulness and how Sarah pulls no punches with him.

But they seem to be getting a little too goofy sounding. There are times when they both seem to have lost a few IQ points. Or, at least, regressed emotionally some. But they’ve made it work. Even when they had to pretend to break up in their quest to learn with Philip Kiriakis (Jay Kenneth Johnson) is up to. But things just got complicated.

NBC ‘Days of Our Lives’ Spoilers: Past sins, new problems

Thanks to Xander’s past participation in a baby swap, he’s in the police crosshairs again. Dr. Amanda Raynor (Victoria Platt) is the one who kidnapped the Grant twins, and the police know it, thanks to Bonnie Lockhart (Judi Evans) and her good timing. While she has a new boss now, Xander was the obvious suspect right away. Now, Rafe Hernandez (Galen Gering) is hauling him in for questioning. Going by Sarah’s expression, we think some old wounds just got ripped open. So, what does this mean?

Thanks to what Xander did before, and the fact everyone thinks Vivian Alamain (Linda Dano) is dead, he’s going to have a lot of explaining to do. No one will even consider Lani Price’s (Sal Stowers) old enemy struck again. We believe this will shake Sarah’s faith in him. Especially since he was all too willing to let the mob do what they will with Philip. Not helping her to believe in the change he supposedly went through. We expect them to work it out, but it might take a while. And he kind of has himself to blame.