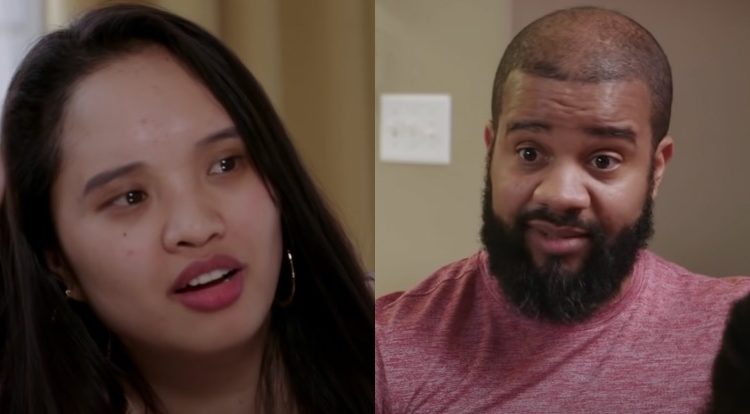 ‘90 Day Fiancé’ Spoilers: Tarik is keeping Hazel away from her son!

‘90 Day Fiancé’ spoilers have discovered that Tarik Myers is making fiancé Hazel Cagalitan wait to get custody of her son.

While Hazel wants 8 year old Harry to join her in Virginia Beach ASAP, Tarik has shut Hazel’s request down, telling her she needs to wait a whole year!

It appears the two did discuss this course of action prior to Hazel’s arrival on the K1 visa, but she doesn’t seem happy about Tarik putting his foot down.

‘90 Day Fiancé’ Spoilers: Tarik is keeping Hazel away from her son!

Tarik explained that he is simply being cautious and making sure the relationship between he and Hazel works first. That’s understandable, but isn’t that what the allotted 90 days are for?

Are Tarik and Hazel happy to get married without being sure of their future together? And considering both Tarik and Hazel are parents, it seems wiser to see how the family gels as quickly as possible.

Tarik’s daughter, Auri does have autism so rather than turn her entire world upside down all at once, it could be that Tarik is attempting to ease Ari into a new normal.

Introducing Hazel into Auri’s life before Harry joins the household would probably make things easier for the little girl to adjust, but again, is a full year really necessary?

Back in the Philippines, what does Hazel’s ex and Harry’s father think of his son moving to the other side of the world? Harry has been in his father’s custody since the boy was three years old. Hazel sent her son to live with his father as she could not afford to keep him.

With such a huge distance between to two families, one parent is certainly going to be missing their son. Here’s hoping they make the decision that is best for Harry.