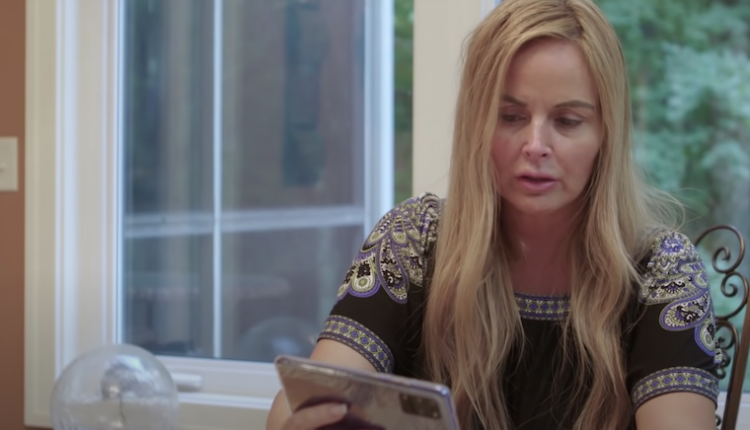 ’90 Day Fiancé’ Spoilers: Does Ryan Carr Ever Pick Up His Phone For Stephanie Davison?

’90 Day Fiancé’ Spoilers revael that Stephanie Davidson was all set to go to Belize to visit her fiance, Ryan Carr, but now thanks to Coronavirus lockdown at the time of this filming, Stephanie can’t go to Belize because authority dictates no.

She is mourning that because she says that she and Ryan have lost a connection and that not being able to see each other for months has taken a toll on their relationship but seriously, did they ever have much of a connection to begin with? Because it looks like  Stephanie is definitely the one that’s pursuing Ryan, not the other way around. In which case, what is the point?

’90 Day Fiancé’ Spoilers: Does Ryan ever pick up his phone?

Maybe there’s just something about Stephanie and getting to choose whom she wants to be with. Okay, I get that, but if the guy isn’t returning your calls or texts and you’re left sitting there talking to your cats while he goes out “fishing” with his friends, then seriously, what is the point?

She says the trust issues between them have always been terrible, so why exactly is she wasting her time? Why does she want to marry a guy who’s obviously stringing her along? I don’t understand the disconnect, an obviously attractive woman pursues a younger guy, okay, but when he’s showing practically no interest back… what is the point?

She just wanted him to share in her grief, she didn’t really want him for anything other than emotional support and he couldn’t even offer that. That’s kind of low-down, in my opinion. You would think that even if he doesn’t answer his phone, that he would send her a text message or something saying, “Hey sorry I missed you, what’s up?” but he doesn’t do that either. In fact, Ryan is just downright inconsiderate of Stephanie’s time.

She says that their relationship is hanging on by a thread and that it’s ready to break at any given second. This tells me that Ryan obviously has bigger fish to fry than Stephanie, there’s probably a girl right there that has his attention and that’s the reason that he’s not talking to Stephanie right now.

Fishing with his friends is probably code word for “catfishing” on PlentyofFish.com for a better catch. Maybe I’m wrong, maybe Ryan is just that dedicated to hanging out with his friends, but somehow… I don’t think that’s it. I think the psychic was right and she’s going to have to watch out for him because there’s some lies he’s not telling her. Stay tuned!!!