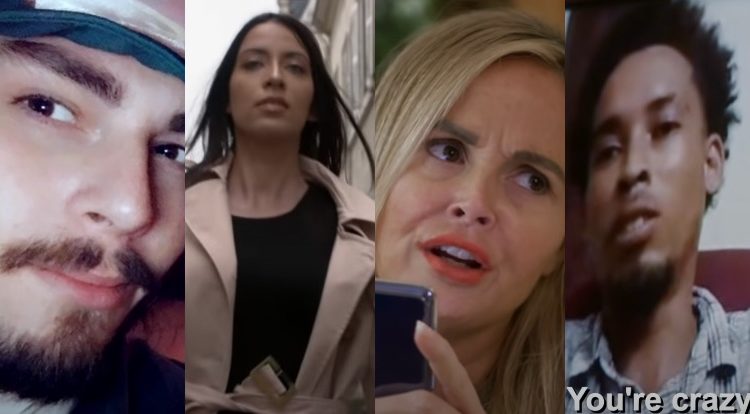 ’90 Day Fiancé’ Spoilers: Where Are Stephanie Davison & Ryan From Belize and Andrew Kenton & Amira Lollysa? Couples We Did Not See On Season 8

’90 Day Fiancé’ spoilers find that the eighth season of the show premiered last Sunday on TLC and there were a few couples that we didn’t get to see. This does happen on the show frequently because there is a lot to cover in an hour.

The couples that we have seen so far are a mix of new couples, along with couples from previous seasons. There were a few couples that we are looking forward to seeing and we will hopefully see them on the second episode.

One couple that strikes us as perfect 90 Day Fiancé material is Stephanie Davison and her boyfriend, Ryan Carr. Stephanie is 52-years old and Ryan is 27 and lives in Belize.

In the spoilers for the next episode, we will see these two chatting on the phone and Ryan asking her to get him some watches. We will find out that these watches aren’t for him, they’re for his friends! Is Ryan just using Stephanie for her money? Does he just want a sugar mama out of this whole deal?

’90 Day Fiancé’ Spoilers: Couples We Did Not See

Many fans of the show already think that he will drop her as soon as they get married and he gets a green card. We will have to wait until next week to see what happens.

Then there’s Tarik Myers and Hazel Cagalitan. You may remember these two from The Family Chantel. They are no strangers to TLC television. Now that Hazel is coming to America, she is ready to really let Tarik see all sides of her. This includes the side of her that is bisexual.

She tells cameras that she is happy to be whoever she wants to be here in America because it has been tough being open about her sexuality in the Philippines. She wants to explore this more and she wants Tarik to help her find a girlfriend. Will this help or hurt their relationship?

Lastly, we will meet Andrew Kenton and Amira Lollysa. These two are on different levels in their relationship and from the looks of it, they need a little bit more communication.

Amira feels like Andrew is putting a lot of pressure on her to move to the states and get married. From the spoilers that we have seen, she is going to end up in a detention center and she may not ever make it to California! Be sure to tune in next week to TLC for 90 Day Fiancé. It airs on Sunday nights at 8 p.m. EST.

’90 Day Fiancé’ Spoilers: Are People Being Too Harsh On Brittany Banks After Yazan Fiasco?