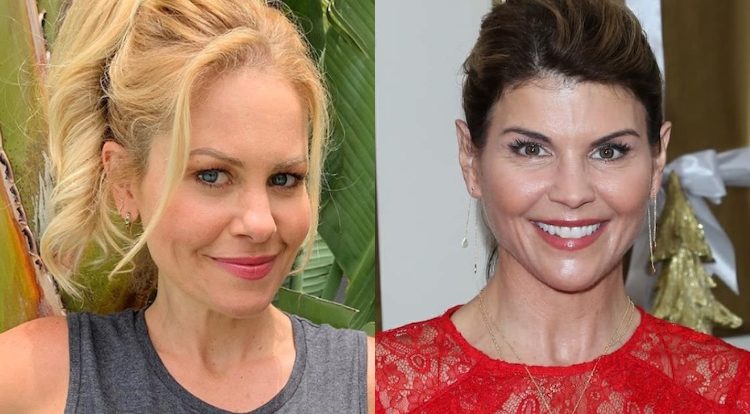 Despite everything that is going on in her life right now, Lori Loughlin will always be ‘Aunt Becky’ to Candace Cameron Bure. The Fuller House actress recently shared a note that the former Hallmark star sent to her after Fuller House’s finale taping last year. Lori left the show in the wake of her nationwide college admissions scandal. Here’s what she has to say.

As many fans know, Lori was forced to exit in the middle of filming the fifth season of Fuller house because of her involvement in the infamous college admissions scandal, which has now landed her in jail.

This past weekend Candace shared a note that was signed by Lori along with a bouquet of pink roses. Lori congratulated her former co-star after the series finale, which was taped after Lori’s departure.

It said, “Dearest Candace, Congratulations on a great run! Have a fabulous last week. I love you and miss you.”

Meanwhile, there are new reports that say Hallmark star Lori Loughlin might be released from prison just in time for the holiday season, making this a true Christmas miracle.

There are new reports that say the Hollywood actress is set to be released from California’s Dublin FCI on December 27th. But because that day lands on a Sunday, there’s a good chance that she might be released from prison on Friday, December 25th.

According to Page Six, the Bureau of Prisons “may release an inmate whose release date falls on a Saturday, Sunday, or legal holiday, on the last preceding weekday,” according to the agency.

Lori and her husband Massimo Gianulli were caught in a massive college bribe scandal in which the couple paid a heap of money to get their daughters admitted into the University of Southern California.

‘Bold and the Beautiful’ Spoilers: Liam Tries to Persuade Steffy that Thomas is Faking; Quinn lashes out at Shauna

Lori Loughlin Finally Gets Her Passport Back

Candace Cameron Bure Defends Her Family Photo Which Was Criticised