If there is one person that should know just how much looks matter, that would be Hollywood actress Sharon Stone. As a matter of fact, the Basic Instinct star recently went on the record to say that yes, looks do matter and that yes, they are everything.

In a new interview with Britain’s The Telegraph, Sharon said that she does not agree with the “looks don’t matter” notion, calling it a “big, fat, stupid lie.” She also told the outlet that people don’t even realize how much they matter until their own looks “start to go.”

Sharon Stone States The Obvious: Appearance Is Everything In Hollywood

“I’m done letting other people tell me how my face and body are, for one thing: ‘This part is not OK’ – and those big cellulite close-ups,” she explained. “All women’s bodies have those kinds of things, but we’ve looked at too many pantyhose pictures where the models were actually young boys, and seen too many fashion shows featuring 14-year-old Romanian girls.”

She continued: “You don’t have to stay a beautiful girl forever, and we really have to start dealing with the fact that it’s cool to be a grown-up and intelligent woman. If your partner doesn’t understand that, he’s not an adult and you shouldn’t be with him.”

The high-profiled actress also made similar comments in an interview with Allure Magazine last year when she went on the record to say that yes, she believed her body was being unfairly judged during the early years of her career.

“I’m so grateful to my body. When I was younger, everybody was telling me what was wrong with my body — too this, too that. When I got on ‘Basic Instinct,’ they hired a makeup artist that put on pounds of makeup every day, and every day I went to my trailer and took the makeup off. But I wasn’t allowed to choose my makeup artist, nor was my name [above the title] on the poster,” she said. 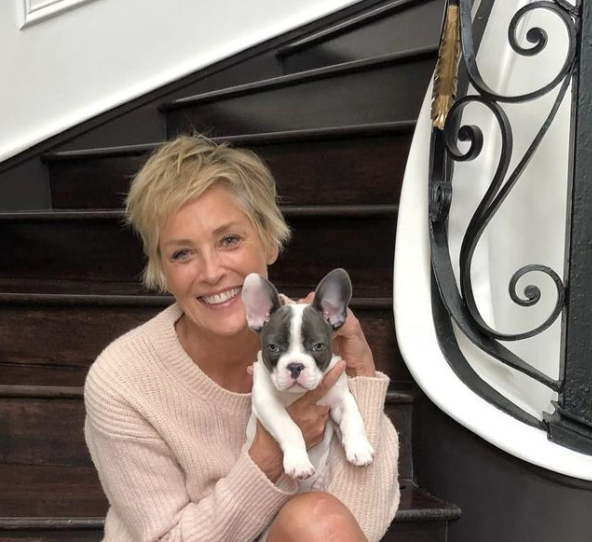