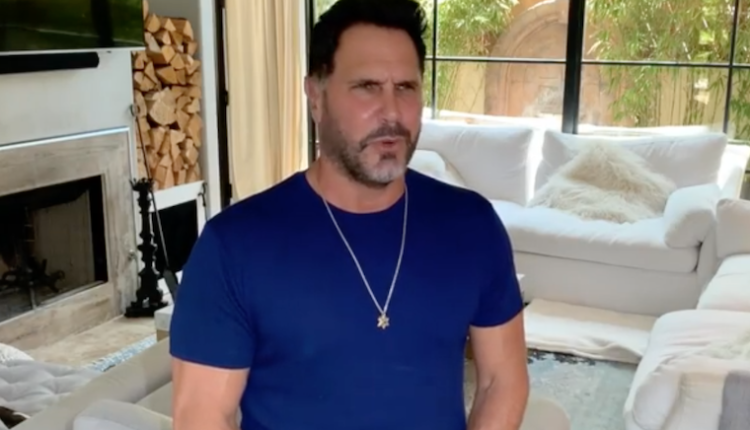 CBS ‘The Bold and the Beautiful’ Spoilers: Don Diamont (Bill Spencer) Opens Up About His ALS Activism

CBS ‘The Bold and the Beautiful’ (B&B) spoilers reveal that star Don Diamont (Bill Spencer) might be one of the most talented and handsome stars in the daytime television world, but he’s also someone with a big heart and vision. The actor recently revealed that he is working with the ALS Association, an organization that he is deeply passionate about and for a good reason, too. Here’s what he has to say.

In an interview with Soap Opera Digest, the handsome actor revealed that he got involved with this particular charity because of his longtime friend, legendary Hollywood publicist Nanci Ryder, who passed away from ALS back in June. He told the publication, “Yes.

CBS ‘The Bold and the Beautiful’ Spoilers: Star Don Diamont Opens Up About His ALS Activism

Nanci was my friend for my entire adult life. Her being stricken with this horrible illness gave me an awareness about it, but everybody should be aware of it. [Her battle] made it a priority to me, so I stepped up and I did whatever I could do wherever needed.”

When asked how did Nanci inspire Don to become an ALS activist, he said, “Nanci was my dear friend and she faced this with a courage that I honestly did not expect. I really could not imagine her seeing this through to its horrible, bitter end. She didn’t have children or a husband so in that regard, it wasn’t like she wanted to push through to be there for a family for as long as she possibly could.”

‘The Bold and the Beautiful’ airs weekdays on the CBS network. Check your local listings for times. Also, let us know what you think in the comments section below. In the meantime, don’t forget to check back right here for all the latest news, updates and spoilers on your favorite daytime television shows including ‘The Young and the Restless’, ‘The Bold and the Beautiful’, ‘General Hospital’ and ‘Days of Our Lives’.

TLC ’90 Day Fiancé: The Other Way’ Spoilers – Did Deavan Clegg Just Slip Up