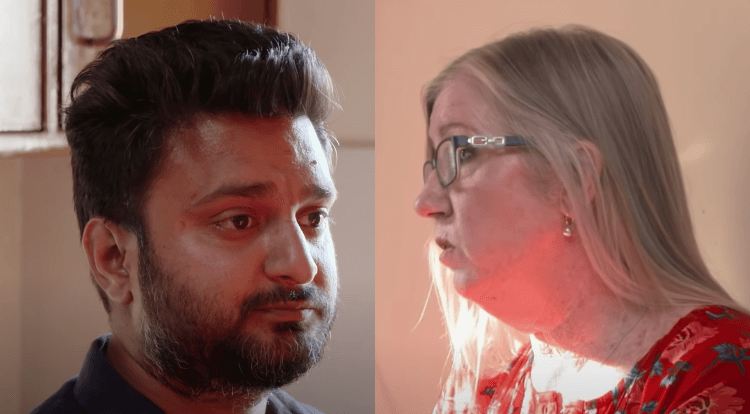 TLC ’90 Day Fiancé: Will Sumit Provide the Divorce Papers To Jenny Slatten On ‘The Other Way’?

TLC ’90 Day Fiancé: The Other Way’ spoilers finds that Jenny Slatten has come to live with Sumit Slatten for a third time. How is she so patient with this guy? Her family told her that she needed to see the divorce papers before she moved, but she believes that he is still getting a divorce and just chanced it. Not the best idea on her part, but this is the man she loves and wants to be with. On Sunday’s episode, we saw them talking about the divorce papers and Jenny asked to see them. Sumit told her that he did not have them and suggested they go down to the court to get them. He told her that it is not easy to get divorce papers in India, but he has had plenty of time.

TLC ’90 Day Fiancé: The Other Way’ Spoilers – Jenny Is Ready For Marriage

Jenny can’t waste anymore time on Sumit and she continues to ask him about the divorce. He is getting very annoyed with her, but she has a right to ask him. After all, he has lied to her more than once. She told Sumit that if she doesn’t see the paperwork, she is going to leave him and for good this time. Many fans think that she should have left him already, but people do crazy things for love.

TLC ’90 Day Fiancé: The Other Way’ Spoilers – Where are the Divorce Papers?

When Sumit told her about not having the divorce papers, Jenny looked extremely mad and Sumit knows that he is going to have to step it up or Jenny will leave him and this time, forever. He suggested that they go down to the courthouse together and many fans think it’s to prove to her that he did file for the divorce, but some don’t trust it.

Fans of 90 Day Fiancé: The Other Way are starting to feel bad for Jenny. She seems a bit naive and like she may have a screw loose. Let’s just think about it. She got catfished by Sumit when they met online and she still flew out there and still gave him another chance. Most people that get catfished say ‘see ya later” and they’re done. Not Jenny! Is she that desperate to find someone that loves her or is she running from her American life? Be sure to watch 90 Day Fiancé: The Other Way to find out if there really are divorce papers. It airs on Monday nights at 9 p.m. EST on TLC. You can also catch 90 Day Fiancé: Pillow Talk directly after the show.

ABC ‘General Hospital’ News: This Is The Young Leading Lady James Patrick Stuart Has The Most Praise For