Netflix ‘Too Hot To Handle’ spoilers find that we met some pretty interesting cast members. If you haven’t watched yet, why not? The show is based on a tropical resort with nothing but sexy people. The idea behind the show is that the contestants, who are very horny, cannot have sex the entire time they are on the show. They could win $100,000! So how hard can that be? You would be surprised at what they went through to get the money. One of the couples who ended up together is Harry Jowsey and his girlfriend, Francesca Farago. Harry recently spoke out about how the audition process went and what he had expected. 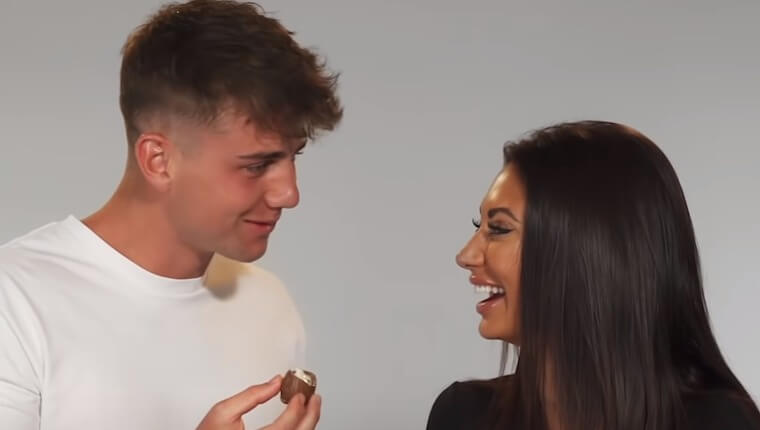 Netflix ‘Too Hot To Handle’ Spoilers: Harry Shares His Side of the Story

Harry recently was on the podcast Is It Just Me? He answered a lot of tough questions about his dating life and the show. He spoke out more about the audition process too. “There was a massive flow of questions, mostly focused on our love life and our sex life, to see if we were the right kind of people.” He also told fans about how no one knew the premise of the show. “They didn’t tell us anything until the time it was announced on the show.” He said it was very tough to resist all of the temptations around him, but he did end up with Francesca.

Ever since the show debuted, he has gained quite the following on social media. He has started his own clothing line and he has modeling and brand ambassador deals. You could say that this show really helped him become famous and very quickly. Francesca has gotten deals as well. He now has well over three million followers worldwide!

What’s interesting to learn about Harry is that he has been on television before. He was on the New Zealand show, Heartbreak Island. This show had many challenges, much like Too Hot To Handle. He had to complete all of them and he did end up winning $100,000! If you are still unfamiliar with the show, we recommend that you check it out. There are some great contestants and you get to see just how difficult it was for these contestants to keep their hands off one another. You can find Harry and Francesca both on Instagram, where they post very frequently and have started showing videos of themselves together earlier in their relationship, before the global pandemic.