Skip to content
Home > TV > 90 Day Fiancé > 90 Day Fiancé’s Fernanda Flores Goes On Virtual Date The Bachelorette’s Clay Harbor!
TLC ’90 Day Fiancé: Self-Quarantined’ spoilers  finds that cast member, Fernanda Flores back in the dating game with a new man after she officially cut ties with ex, Jonathan Rivera. Fernanda is dating again, and not even Covid-19 can get in her way! 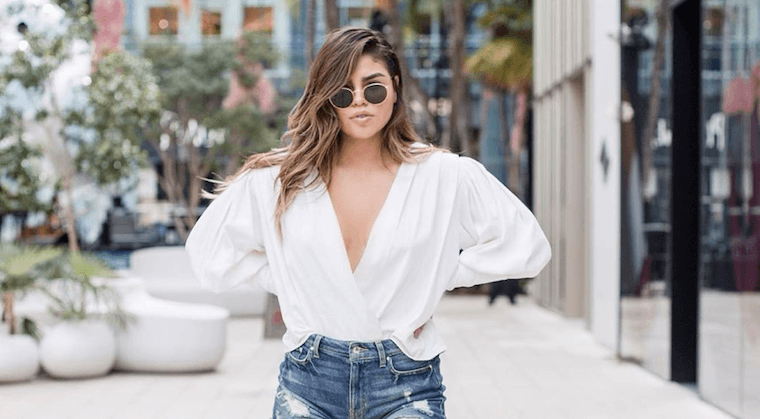 Dating after marriage is not very easy, but we see Fernanda doing that in 90 Day Fiancé: Self-Quarantined recentepisode. Now that the world is on lockdown due to Covid-19, one would think dating would be extra difficult for people like Fernanda, but the TLC star won’t let this get in her way. The TLC star goes on a virtual date with Clay Harbor of The Bachelorette: Bachelor in Paradise. And, fans can see her getting prepared for the virtual date the same way she would if it were a normal date. Fernanda does her hair and makeup as she talks about her new man.

Clay had to have surgery done on his wrist and he had to go rehab the injury because playing professionally was where he made most of his money from.  But with what we see on 90 Day Fiance: Self-Quarantined clips, Clay seems to be playing in a totally different way now. And the star certainly has his eyes on Jonathan Rivera’s ex. On 90 Day Fiancé: Self-Quarantined, Fernanda says that she is “excited” and “nervous” as she prepares for her date. And, she says that she likes Clay Harbor “a lot”. The pair went on a first date a couple of months ago. However, Fernanda says it wasn’t the right time, but now she is more than ready.

Fans always ask whether or not reality stars in a relationship will become something serious. At the moment, Fernanda and Clay are in the early stages of their relationship, but it appears that the duo have potential. Fernanda and Clay’s virtual date is coming after Fernanda introduced to her followers Sam Cushing as her “new man”. She introduced him fter her divorce from her ex husband, Jonathan Rivera became official. But, it appears the TLC star is smitten with Clay Harbor now.

Fans know that Fernanda Flores joined TLC’s 90 Day Fiancé with the hopes of finding lasting love with ex, Jonathan Rivera. Clay Harbor also did the same with The Bachelorette and Bachelor in Paradise. The duo did not find what they wanted in the reality shows, but if things work, they might find lasting love in quarantine. It also looks like there will be future financial incentive for the duo. If these two makes things work and Sparks fly, it will bring two fanbases from two successful franchise together. Also, we might be watching spin-offs as time goes on. So these two are certainly worth watching on the TLC show.

For any other soap opera and entertainment news, please visit Daily Soap Dish. Don’t forget to come back to TV Rocker for all of the latest exciting news on all of your favorite daytime television soaps.