Telemundo Operación Pacífico spoilers indicate Gabriel Pedraza (Mark Tacher) has a long history of bending the rules on the job. He’s on the right side of the battle here, but he just gets a bit rough at times. Amalia Ortega (Majida Issa) has refused to let him interrogate certain people because of that. Still, his outside-the-box mind is useful. Here’s what you need to know.

He’s known for a bit his superior is corrupt as all-get-out. He actually confronted the guy upon retuning to Mexico. It got ugly. But, Pedraza refuses to back down. He was determined to get one up his boss.

Right now, he’s got an advantage in the search for Rodolfo “El Guapo” Espinosa Roldán (Julio Bracho). He and Amalia have confirmed a supposedly dead man is still buying up properties and taking trips. Pretty lively for a corpse, right? They dug deeper and came across someone who might be able to help. The only trouble is, Operación Pacífico spoilers indicate she’s an addict and a target of El Guapo’s assassins.

To learn more about El Guapo, they took the dead man’s wife, Liliana Neira (Thelma Madrigal), to a clinic where she can detox and possibly provide information. They already got a little out of her, but Pedraza knew they had to do more. He fed false information to Guadalupe “Lupe” Romero (Cynthia Alesco) over the phone as a test. While he trusts her, he figured she was being bugged. He was right. The bad guys stormed the wrong place, and Pedraza watched all with Amalia on his phone. He might even have it recorded. This is a huge victory. Or, it was.

As good an idea as it was, Operación Pacífico spoilers indicate it didn’t work for long. Once they figured out what happened, El Guapo wasn’t pleased. However, he kept a cool head and eventually figured out where his target would be—a clinic for detoxing that happens to be staffed by a doctor she knows. So, their safe place won’t be safe long. This leaves us with some questions, though.

We’ve been thinking on it, and we believe El Guapo isn’t the guy who allegedly died. We believe he’s actually the brother-in-law she spoke of. The one who gave her a place through a attorney, one she wasn’t allowed to tell her husband about. We think he might have had his own brother killed, then assumed his identity. We’re not sure why he picked that option when it would be noticeable eventually. But all signs are pointing there. As the promos shows some danger Tuesday (no episode on Monday), we think he’ll hit that clinic to protect this secret. And we’re sure Amalia and Pedraza will manage to save their objective. Hey, they gotta get lucky sometime, right? For any other soap opera and entertainment news, please visit Daily Soap Dish. For more royal and celeb baby news, come back to Celeb Baby Laundry. 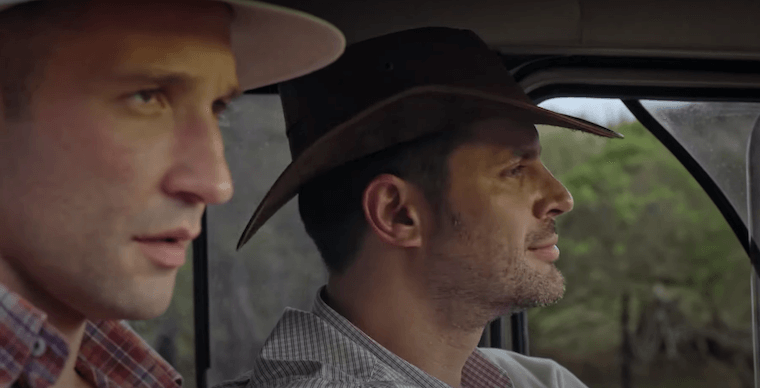