Luis Miguel, La Serie spoilers indicate this series is finally coming back. Bionovelas have become a bit of a thing in recent years. There have been shows about Jenni Rivera, Silvia Pinal, and her daughter, Alejandra Guzman. We’ve also seen Selena’s story come to Telemundo, and Netflix is putting out their own version. That one will be authorized by and have participation from the Quintanilla family. Telemundo aired the first season of popular singer Luis Miguel’s story, but Netflix will continue it. Here’s what you need to know.

A promo was uploaded to the official Netflix Youtube channel earlier this year. The clip features actor Diego Boneta as the artist, as he records in the studio. Partway through the song, he stops and asks to go again. It’s a simple promo that reminds us of that Selena: The Series promo. But the story is anything but.

The first season followed him from childhood to his early adult years. Throughout the season, we saw him struggle with childhood stardom, a difficult relationship with his father, as well as other issues. The series also took on his relationships, including a woman named Erika (Camila Sodi) who is a fiction representation of a real person. Luis Miguel: La Serie spoilers indicate Sodi herself spoke a bit about that in an interview.

Throughout all the chaos, and a few career issues, we get to hear the music. The show featured several of the singer’s hits. Some of them were included in performance footage, while others were shown in recreations of their music videos. It was a great introduction for news fans, as well as providing more insight for those who already followed his career.

In the promo, we saw the show is coming to Netflix in 2020. No further information has been released, as far as we’ve found. However, we do know through other articles that filming is underway. Interestingly enough, despite the fact season one aired on Telemundo, the network is reportedly not going to participate in the second season. We expect this new season to touch on the mysterious disappearance of his mother, which was talked about briefly in season 1. One thing we can’t expect is to see his relationship with La Doña star Aracely Arámbula represented—at least not by name. A recent report featured Arámbula saying she will not be featured in the show, and neither will their children. Keep checking back for more information as it comes out. For any other soap opera and entertainment news, please visit Daily Soap Dish. For more royal and celeb baby news, come back to Celeb Baby Laundry. 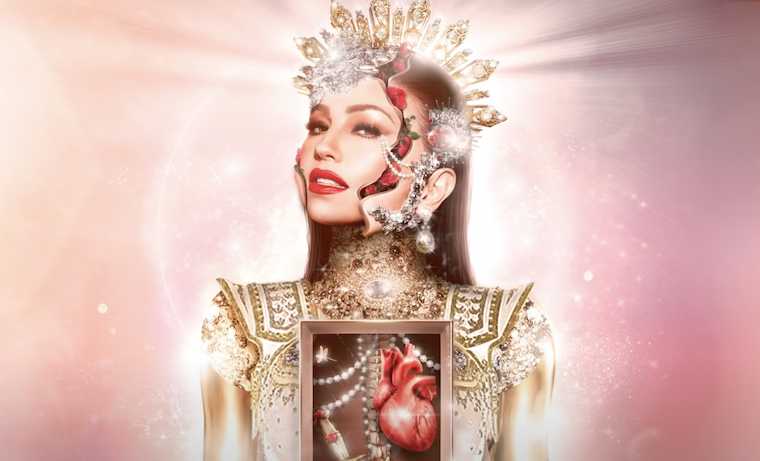