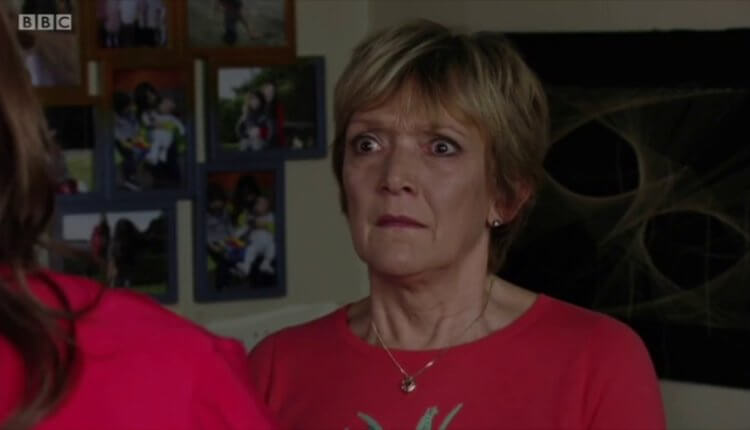 EastEnders Spoilers fans were left in tears earlier this week when it was revealed that one of the soap’s most beloved characters will find out whether her cancer has returned. Fans were quick to post their heartbreak following the revelation, with everyone hopeful that Jean Slater’s cancer doesn’t return.

Viewers would have seen in the past the strength that Jean showed to overcome the tragic news, but she will be forced to face her fears over the coming weeks as she needs to attend her oncology appointment. Fans will be waiting with bated breath to see whether the cancer has returned.

The viewers have been witnessing over the past few weeks the joy that Jean has been getting with Daniel Cook. Daniel returned to the soap early this year after faking his death to protect her feelings. However, they have quickly picked up where they left off as they have been getting on like a house on fire. But, Jean and Daniel already know that they don’t have much time left.

Fans were shocked to learn when Daniel made his return that he only had weeks to live. But, he isn’t too stressed about the situation as he admitted that he would rather be laughing on his final days rather than stressing about what death will be life. Jean has struggled to comprehend his attitude, and that has led to some arguments between the two.

Jean has continuously begged Daniel to be more serious about the situation, and that’s when she finds out that he may not be as okay as he is making out. She finds out that his care unit is closed down, and invites him to stay with her. She then looks out for him later in the episode by asking Mo Harris and Kush Kazemi to set up a surprise to lift his spirits.

Daniel then repays the gesture by being there for Jean when she needs his help. She is afraid that the cancer has returned and refuses to go for the test. However, Daniel steps in and persuades her that she needs to find out. But, will it be good news for the much-beloved character in Walford? For any other soap opera and entertainment news, please visit Daily Soap Dish. For more royal and celeb baby news, come back to Celeb Baby Laundry.

CBS ‘The Young and the Restless’ Spoilers: Villy Reactivated – Victoria Can’t Keep Away From Her Wayward Ex, Billy