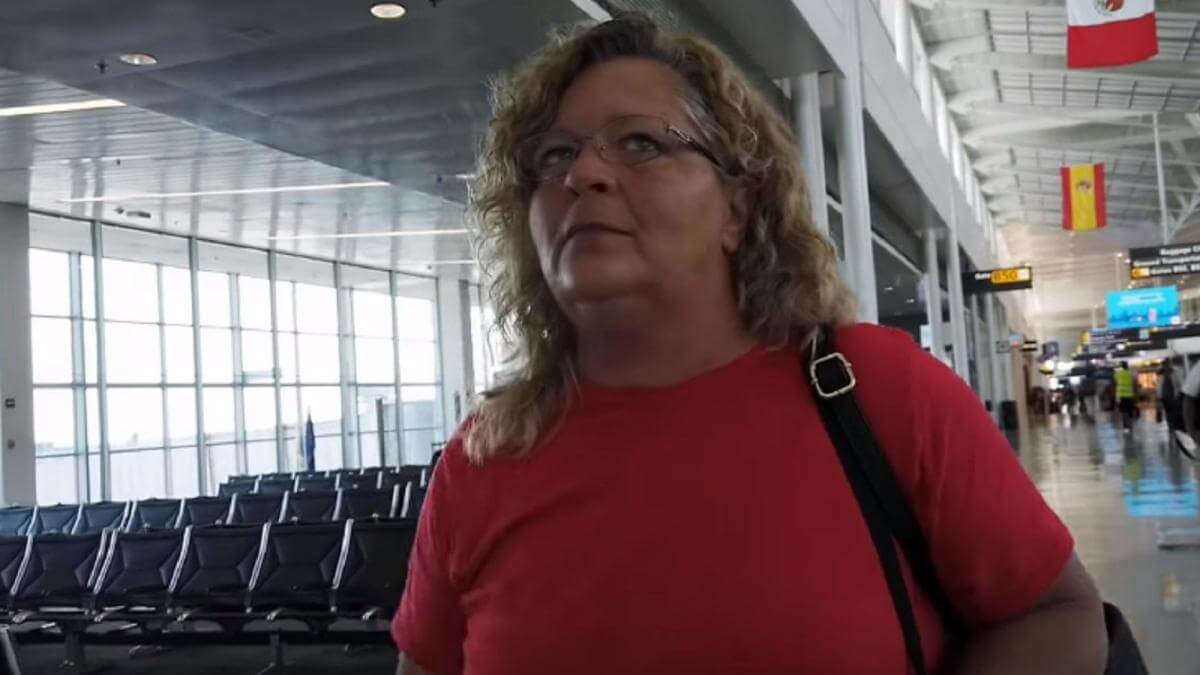 TLC 90 Day Fiancé Spoilers: Before the 90 Days has already given us a lot of surprises! One of the couples, Lisa Hamme and Usman Umar, already seem to have a lot of red flags in their relationship. On the first episode of the show, we met Lisa and found out about her love for Usman. He is a very popular rapper in Nigeria, but she thinks that something is up with him and all of his adoring fans. We have the scoop on the red flags that we have seen so far.

Lisa has been very open about what she wants when she see Usman face to face. Sex. She has made it very clear that sex is important to her and she can’t stop thinking about having a lot of it with Usman! One of the secrets that she revealed to a friend is that Usman told Lisa that he doesn’t even know what sex without a condom feels like. She told her friend that she was going to break him of that and as soon as she saw him! Lisa plans on having a lot of bareback sex with her fiance.

Usman and Lisa met when he slipped into her private messages on Facebook. She thought that he was just messing around and didn’t think a lot of it at first. Then the two of them would message each other often, then text, then FaceTime. Now they are engaged and in a full blown relationship. Lisa is ready to take her chance and fly out to Nigeria to finally meet him face to face. There are a lot of red flags here though.

For one, Lisa’s friends think that Usman is just using her to get a green card. They think that he wants to try his luck at making music out in the states and by getting married, he has a very easy way in. Lisa has literally been stalking Usman’s Facebook page. She gets very angry when female fans post on it and some would even say she is cyber-stalking him! In the spoilers that we have seen, when she does visit him in Nigeria, some crazy drama goes down when she sees his fans talking to him and what appears to be flirting!

Are you ready for more drama? We think that this week’s episode will be filled with it! Stay tuned to TLC on Sunday at 8 p.m. EST. For any other soap opera and entertainment news, please visit Daily Soap Dish. For more royal and celeb baby news, come back to Celeb Baby Laundry.

CBS ‘The Bold and the Beautiful’ Spoilers For Feb 28: Bill Pays Flo a Surprising Compliment in Front of Katie; Sally Grills Katie About If She Told Wyatt Her Secret

TLC 90 Day Fiancé Spoilers: Before the 90 Days – Is Yolanda Being Catfished By Williams?