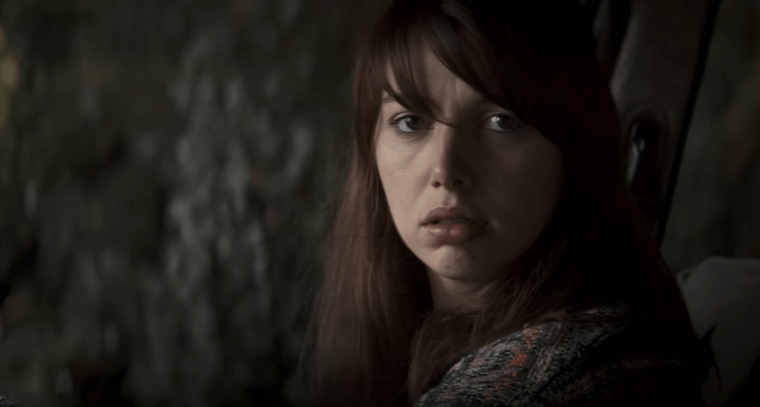 A movie just hit Netflix, and according to fans, it is really creepy! This movie has been described by fans as “one of the scariest horror films of 2019” The movie that has been giving everyone goosebumps, “The Hole in the ground” has received positive reviews after it showed at the Sundance Film Festival early this year before it was finally released in the cinema this summer.
The hole in the ground has arrived Netflix and it has scared the shit out of a whole new audience, according to The Mirror.

The movie is directed by Lee Cronin. It tells the story of a single Mother who relocates to a remote new home that is located in the woods but soon discovers that her young son is starting to behave oddly.
Things become really scary when they meet a mysterious woman on the road and a very big sink hole close by.
Fans of horror films have been watching this new scary movie and they have taken to Twitter to give their opinions on the movie.
One of the viewers tweeted: “The Hole in the Ground on Netflix was a nice little supernatural horror movie (mother and son move to the countryside and the son starts behaving oddly after going to the woods) I watched last night. A few pretentious camera shots (filming the top of a cup of tea) but recommended”

Another viewer wrote: “Saw The Hole In The Ground on Netflix last night – a proper Irish horror with great central performances, beautifully shot with a really atmospheric score. Check it out!”
Meanwhile, one excited fan said: “UK FOLLOWERS! THE HOLE IN THE GROUND is on UK Netflix! It’s in my top 10 favourite movies this year! Go in blind and trust me, its excellent”
Another fan also wrote: “Highly recommend @curleecronin ’s fantastic The Hole in the Ground, which landed on Netflix today! One of my favourite film makers and the best cinema experience I’ve had this year”
Finally, another excuted fan said: “THE HOLE IN THE GROUND could be one of scariest horror films of 2019 – from it’s freakish audio and chilling visuals to the wonderful and beguiling Seána Kerslake and her outstanding co-star James Quinn LEE CRONIN has delivered another Irish Horror Gem”
Do you love horror movies? If you do and you haven’t seen this new movie, join the movie train right now. Don’t be left out!

TLC Welcome To Plathville: Who is Hosanna Plath and Why Wasn’t She On the Show?

‘The Young and the Restless’ Spoilers: Cait Fairbanks (Tessa Porter) Opens Up About Eating Disorder