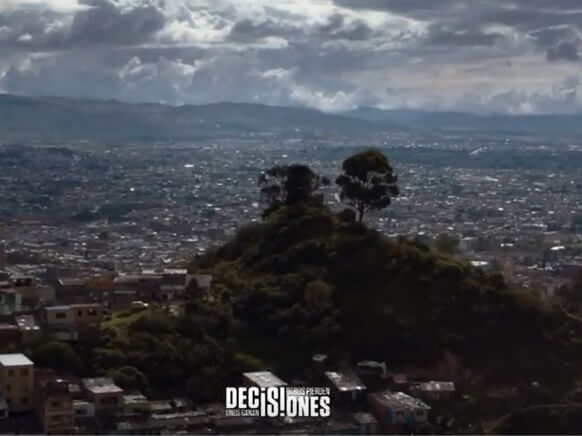 Andrés is a guy who’s on top of the world. He’s the son of a construction mogul and on the fast track to take over. He’s given a big assignment to determine whether or not he’ll actually take the reigns when the time comes. However, Andrés is reckless, entitled, and makes terrible choices. He’s got a thing for women, even those of the underage variety and has no shame in that. He also likes to tape them without their knowledge. This where things start going downhill for this golden boy.

After an encounter with a woman who says she’s eighteen, a young woman of legal age, and his own underage cousin, he’s feeling frisky still. Even after these videos he made became known to two of these people. They both confronted him about the videos, one even going to his father’s office to discuss the situation with the man in charge. Despite the close call and his father’s warnings, he decided to get back at the one who dared to threaten his position. He posted yet another video, which caused his victim to attempt suicide. Finally, he takes things a step to far.

His bad choices are numerous at this point, right? Well, he decides to add on to the pile by hooking up with the new girl at work, Emily (Elizabeth Minotta). Despite hearing about this woman’s distress, she makes the bad choice to fall into his trap. However, she doesn’t fall long. Emily remembers these incidents and checks the room they had sex in, finding a camera. She stole the information saved and checked it out for herself. All of this is piling on Andrés. However, his previous bad behavior isn’t what ultimate takes him down.

The biggest loser of this episode is the most deserved. Thanks to his habit of recording these encounters and putting them online, plus his choice to add in his cousin, he ends up in a dangerous position. His father’s willing to help him, but he has to do what he’s told. Right. Andrés sets up another encounter in Miami. What he doesn’t know is, the cops are the ones who arrive. Thanks to that stupid choice, he ends up facing serious charges in two countries. Overall, this was a good episode that shows us what happens when arrogance takes over.

‘The Bold and the Beautiful’ Spoilers: Thomas Forrester Uses Zoe Buckingham For His Latest Scheme!