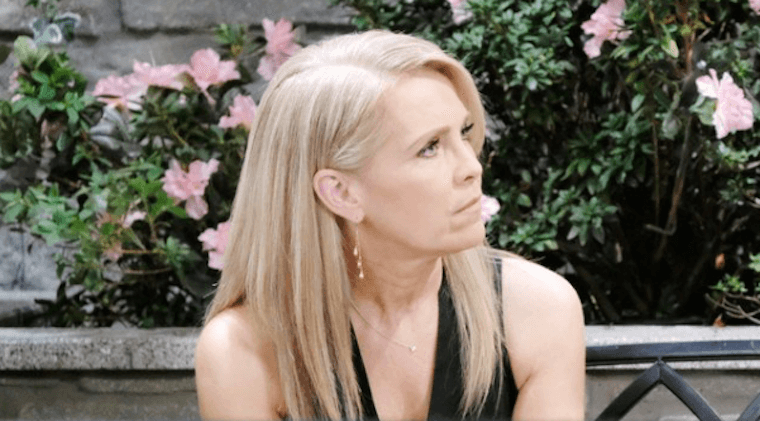 ‘Days of Our Lives’ (DOOL) spoilers tease that the inevitable will happen when things were slowly but surely getting better between Jennifer Horton (Melissa Reeves) and Jack Deveraux (Matthew Ashford). As a matter of fact, there’s speculation that Jennifer Horton will eventually wake up after the soap’s time jump and that yes, it will be her turn to lose all of her memories and any recollection of the life she had before she was pushed down from a balcony by her cousin Hope Brady (Kristian Alfonso), under the disguise of Princess Gina. Here’s what you need to know.

Even though Jennifer and Jack were finally in what many people like to refer to as a “happy place” in their relationship, they were hit by tragedy after Jennifer was almost murdered by the biggest royal pain in the you-know-what in Salem. That’s because Princess Gina wanted to protect Dr. Rolf (William Utay), knowing that Jennifer had hacked his files. When you are a Salemite that knows a little too much, there’s a strong chance that someone will end up wanting to kill you one way or another, just to keep their secrets safe.

While ‘Days of Our Lives’ producers have made no comments on what fans can expect after the time jump, we do know that Jennifer will remain in a coma for some time while Jack will be desperate to find out who the would-be killer is.

Simply put, there is never such a thing as living “happily ever after” in the soap world which means that when Jennifer wakes up, things won’t be the same as they were before. Jack Deveraux will most likely have to fight in order to get Jennifer to remember just how much she loved him and how much she wanted him to regain his memories back, too! In other words, it’s going to be the same story as before, but with Jack in Jennifer’s shoes instead.

‘Young and the Restless’ Spoilers: Sharon Newman (Sharon Case) Has A Problem!