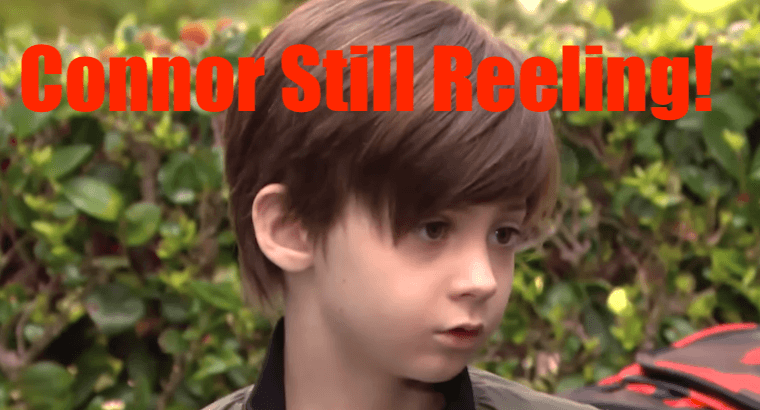 ‘Young and the Restless’ Spoilers: Come one, come all, but don’t expect us to listen!

‘Young and the Restless’ (Y&R) Spoilers for October 7th, 2019 indicate that Victor Newman (Eric Braeden) decides that maybe he should focus on his family for a change after the whole ‘family dinner’ fiasco that he and Nikki Newman (Melody Thomas Scott) cooked up.

After being forced to participate in the whole ‘Victor’s Dead’ ruse, he invited everyone over for dinner so that they could vent their feelings… the only real problem with that was, Victor wasn’t really listening? He basically poo-poo’d their emotions and put Adam Newman (Mark Grossman) on a pedastal instead and everyone left with a bad taste in their mouth. Way to go, Victor! Father of the year award obviously goes to you, ya big chump!

‘Young and the Restless’ Spoilers: “Really? But I thought I told you two… sorry, must’ve slipped my mind.”

Victor’s not totally without heart, he’ll try to make amends and may start with granddaughter Summer Newman (Hunter King), who was so verklempt that she couldn’t even attend aforementioned family dinner. Summer maintains that allowing her to grieve over Victor instead of including her in on the joke was a pretty cruel move on Victor’s part and we aren’t arguing one bit. That was a really terrible move on Victor’s part. If he doesn’t start with Summer, he may start with Connor Newman (Judah Mackey) who is undoubtedly reeling from the ‘loss’ of his dear Grandpa. Let’s just hope that Connor knows by now that Victor was truly alive and not in any danger because if Victor ‘surprises’ him it may just scare the child to death.

‘Young and the Restless’ Spoilers: Jack and Traci write a book!

Meanwhile Jack Abbott (Peter Bergman) and Traci Abbott (Beth Maitland) have set to work on their pet project of chronicling the story of Dina Mergeron (Marla Adams), Jack’s Mom, after their long conversation. Granted it was a little one-sided due to Dina’s alzheimers, but Jack wants to get her story out there of how she wanted to be something more and her desires for her life at the time weren’t deemed appropriate for a woman. He thinks that perhaps this could be an interesting addition to the Abbott Family story and wants to immortalize it in a book. Today they will start the journey, but no matter what else they find out, good or bad, they’re in it for the long haul. So what other things in the Abbott Family history will they uncover? Stay tuned!!!