No te Puedes Esconder spoilers for Wednesday, October 2nd indicate Laura Urrutia (Maribel Verdú) has more reason to suspect Alberto Torres (Peter Vives), Mónica Saldaña (Blanca Soto) has a new ally (and a lead) in the search for Natalia Saldaña (Samantha Siqueiros), and the twists in the fight between Natalia and Elizabeth ‘Eli’ Molina (Patricia Guirado) keep coming. If you missed it, let’s get to the No te Puedes Esconder recap.

Poor Natalia’s situation just gets worse. Dasha (Anna Gulevich), an associate of her kidnapper (Maxim, played by Florin Opritescu), helps her to clean up and offers to tend to the wound she sustained during the kidnapping. This is not a totally altruistic type of act.

A post shared by Telemundo Series Exclusivas (@telemundoseriesexclusivas) on Oct 2, 2019 at 2:17pm PDT

Maxim is apparently involved in selling off girls, and Natalia is going to be the next. He makes her get in front of a camera and introduce herself. After the video is done, she asks Maxim where she’s going, and he replies, “Hell.”

The case involving Torres heats up today, as Laura finds a very incriminating call. It proves that he was sleeping around with other women and had fought with his wife. The fact she even recorded this conversation shows her that his wife was scared of him. She thinks they need to move forward, but her Captain is reluctant. If they drag him in now, it’ll be an end to his career, not to mention theirs if they’re wrong. He believes they need something more concrete to go on before they drag him into the station.

We find out what happened with Daniel Romero (Eduardo Noriega) and his supposed assassination of Mónica. He hadn’t gone through with it. Instead, he pretended to get her address from the hospital so he could thank her in person for saving his life. He later disposes of the guy who’d hired him.

This isn’t the end of him and Mónica, though. When they come across each other again, he says he was on the police force and offers to help with her search for Natalia.

To that end, he brings her to the station, where she is introduced to Laura. There is clear tension between her and Daniel, and Monica learns they were once partners.

After a meltdown with Ana (Bárbara Goenaga), another officer who’s been looking into missing person cases, Laura agrees to help Daniel find the last-known location through Natalia’s phone.

It looks like this connection between Laura and Daniel is going to play a big part in the coming episodes. When they meet later, we learn that he was an alcoholic for a time, and it appears to be due to something that happened in their days working together. It seems getting that phone information for him means they’re even. Before she does hand it to him, she wants to make sure he won’t do anything that will get either of them in trouble.

This does turn out to be a big help. Mónica and Daniel visit the last location to register in her phone and speak to a shop worker there. They’d seen a camera outside, and hope Natalia is caught on film. The worker is a bit wary, as he is not authorized to share the footage. A flash of a badge from Daniel changes his tune. He shows them the footage, along with telling them how Natalia had seemed upset. Plus, he’d found a pack of cigarettes on the ground, which he found strange. 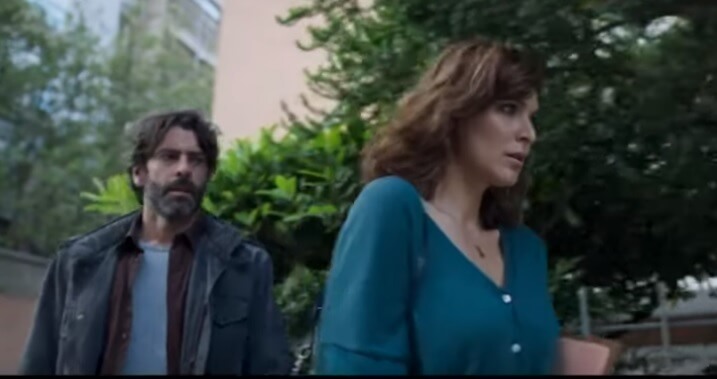 The footage ends up showing Natalia logging on her phone before stepping out of frame. At the same time, a van that had been sitting there for a bit moves as well, so they’re sure that she was taken by them. Daniel notices a tattoo on the hand of someone driving the van, and recognizes it.

Finally, the fight between Eli and Natalia takes a weird turn today. As Eli and Humberto (Juan Caballero) talk about the situation with Natalia, we learn that both girls were sleeping with Torres. Natalia’s desire for Eli to back off doesn’t have to do with jealousy, though. She’d apparently realized some things about Torres and warned Eli he’s dangerous.

Eli doesn’t appear to be very smart, because she ends up texting with Torres and they agree to meet.

‘Bold and the Beautiful’ Spoilers Friday, October 4: Ridge Crawls Down the Rabbit Hole of Total Self-Delusion, Weak Attempt To “Fix” Thomas About To Backfire!